In the past decade or so, New York has seen a considerable decline in traffic fatalities (30 percent since 2001) and an even more dramatic decrease in the risk of serious injury among cyclists (72 percent since 2000). At the heart of these public safety achievements is better street design. City streets are far from perfect, but as officials have reduced space for cars, they’ve improved mobility for everyone.

The New York City Department of Transportation released a brief-but-handy guide [PDF] that uses before-and-after design renderings to illustrate five basic rules for street safety. The report calls its comparisons “the largest examination of the safety effects of innovative roadway engineering conducted in a major American city, or perhaps any city globally.” That’s a tall claim, but there’s no question that the five lessons embedded in these images merit notice from urban communities near and far.

1. Make the street easy to use.

The idea here is to reduce the complexity of a given intersection in the eyes of all travelers. A safer city street will trade long, indirect crosswalks for shorter crossings and pedestrian islands. Removing low-volume legs from the traffic cycle will reduce wait times for everyone and eliminate complicated (read: dangerous) turns. Clearer lane designations — for left-turns and through traffic alike — make the whole intersection more predictable.

(For all image sets, the top image represents a “before” scenario and the bottom an “after.”) 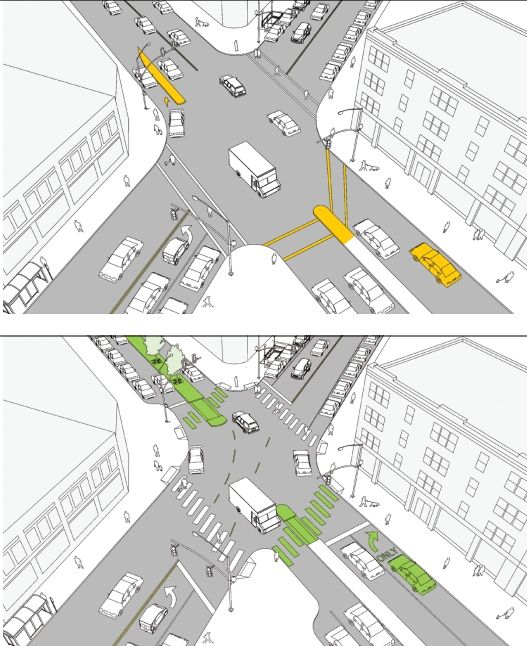 Counter-intuitive as it can seem, the safety-in-numbers effect suggests that more pedestrians and bike riders actually make streets less dangerous. Bike lanes are the obvious way to bring riders to an intersection, while islands, mid-block crossings, and direct pedestrian routes can do the same for walkers. Giving signal priority to pedestrians gets platoons of people in the streets before cars have the chance to turn. 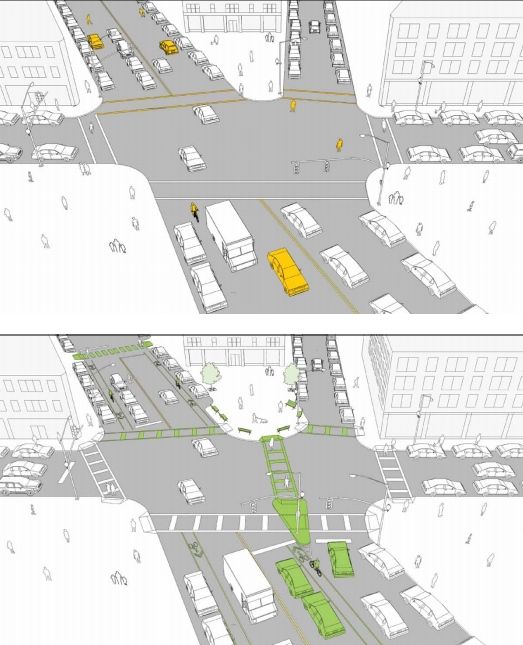 Clear sight lines can improve a street’s safety significantly. Curbs lined with parked cars can make it hard for a turning vehicle to see what’s in another part of the street. That problem can be addressed by removing some of the parking spaces closest to the corner — a process called “daylighting,” which increases visibility considerably (so long as parking enforcement is strict). Curb extensions that bring pedestrians further into the street have a similar effect. 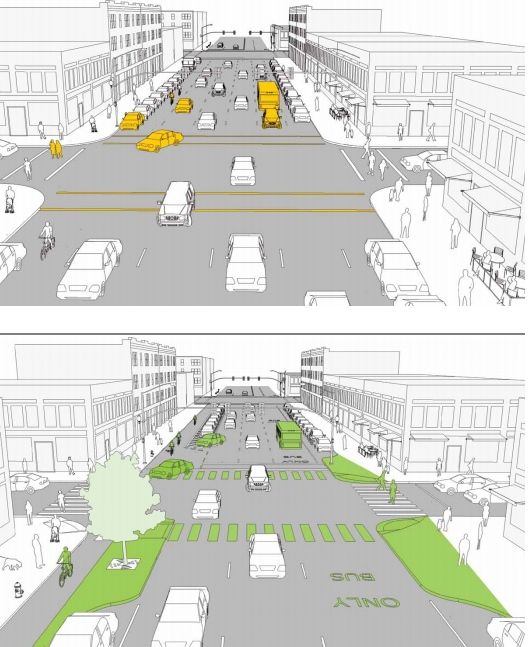 Street engineers like to give cars as much space as possible, but removing lanes to reduce the complexity of an intersection can actually improve traffic flow. A jumble of un-designated lanes with competing signals has the potential to become much more congested than an intersection that bans complex turns and creates right-angle corners. Pedestrian plazas that take the place of former lanes can enhance visibility and the safety-in-numbers effect. 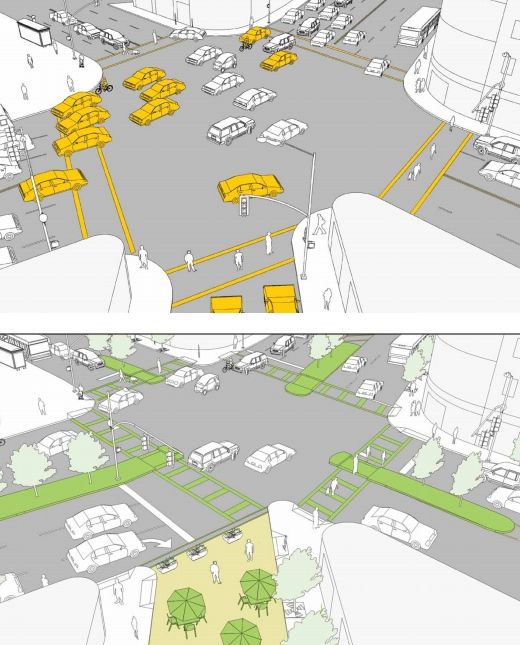 5. Look beyond the problem.

Expanding the area of traffic analysis can unlock solutions across a wider wedge of the street system. Redirecting traffic to another part of the local network, for instance, can help decongest crowded intersections without eliminating important routes. Sometimes the best street design is really a corridor design. 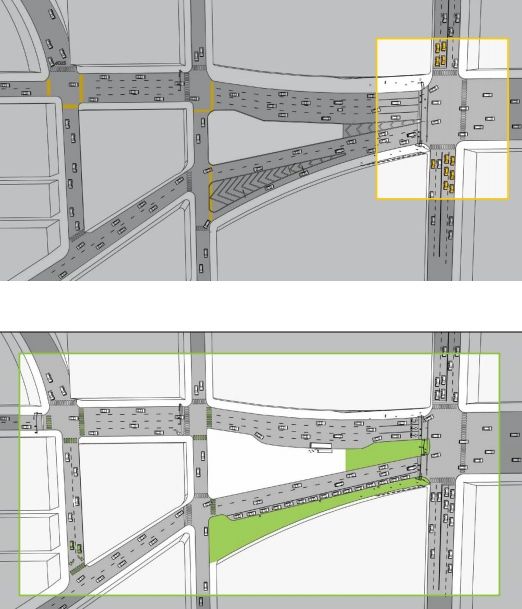 All images courtesy of the New York City Department of Transportation [PDF].

This article originally appeared on CityLab. 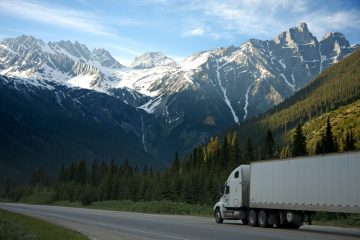 A Truck Driver’s Guide To Safety On The Road

A Tale Of The Best Shopping Cities In The World v1 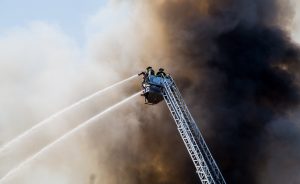 Disaster Aids Reinvented For Cities
Past response strategies have focused on helping those in remote,…
SHARE