Greater Manchester’s ambition to become a top worldwide digital city region has taken a major step forward with the rollout of free wifi to trams, over 200 buildings and improved on-street coverage. The innovative £7.25m scheme is being run by Manchester City Council, Salford City Council and Transport for Greater Manchester (TfGM) – with funding from Broadband Delivery UK (BDUK), part of the Department for Culture, Media and Sport.

Thanks to the scheme, Manchester and Salford are providing superfast free Wifi in public buildings right across the cities and on Metrolink trams.

Free superfast wifi is to be made available in more than 120 Manchester council buildings including all libraries, the Town Hall as well as other civic buildings from community centres, sports centres, park buildings and galleries and museums.  Free Wifi has already been switched on at Central Library and at the Town Hall Extension, with a further 119 sites set to be up and running by the end of March.  The WiFi is under the name _BusyBeeMcr and users can surf from with no time limit throughout the week, when these venues are open. Capital funding for the _Busybee network has been provided by BDUK.

And in Salford, unlimited free wifi will be extended to 91 buildings under the banner of _FreebeeSalford, including libraries, leisure centres,  The Lowry and Salford Museum and Art Gallery – giving instant access for residents and visitors.

As part of the scheme, £1.7 million has also been invested so that Metrolink customers can surf the web for free, with the roll out of free Wifi on every tram.  All 96 trams have been kitted out with the new technology, joining the 20 buses running the free city centre Metroshuttle service.

Manchester’s popular free on-street wifi service _FreeBeeMcr, has also been extended to many more city centre streets and locations, creating the biggest on-street network in the UK.  Visitors, residents and commuters will be able to log on across more of the city centre, plus selected district centres and the Oxford Road area around the main universities.  Selected websites, such as www.manchester.gov.uk and www.visitmanchester.com, are available for free on an unlimited basis via _FreeBeeMcr.

Councillor Andrew Fender, Chair of the TfGM Committee, said: “Metrolink is not only the largest light rail network in the UK, but now also the first light railway in England to become fully wifi capable, symbolising the region’s digital ambitions.

“With over 30 million passenger trips made on Metrolink every year, this will help hundreds of thousands of people make the best use of their travel time with quick and simple access to free wifi.”

Sir Richard Leese, leader of Manchester City Council, said: “Creating a powerful, nationally significant network of free, high quality Wifi services across Manchester is another step towards achieving our goal for Manchester to be a world-leading digital city by 2020.

“We can now offer superfast, free internet connectivity close to people’s homes all over Manchester and have also greatly enhanced our city centre coverage, creating the largest on-street network in the country for our residents, visitors and businesses.

“This scheme will bring huge social benefits and help to support the continued growth of the city’s economy.”

Ian Stewart City Mayor of Salford, said: “As home to MediaCityUK, Europe’s biggest purpose built community of digital businesses, this is another step in making Salford a truly digital city within a vibrant city region. So much more is being done online, from shopping to applying for benefits that we want to include as many residents and visitors as possible.”

Culture Secretary Sajid Javid said: “I’m delighted that Manchester has taken up the challenge to become one of the UK’s Superconnected Cities as part of the Government programme. It’s vital that our cities have the digital infrastructure like superfast broadband and wifi in place to deal with the demands of the digital age. Our investment in Manchester and Salford has delivered a welcome boost to the local economy, and is all part of our long term economic plan.

As part of the rollout, IT and communications business Daisy Group has provided the WiFi to 121 of the council’s sites and provided the software to enable people to access the service quickly and securely across the whole network.

Nathan Marke, Chief Technology Officer at Daisy Group, said: “Today WiFi is seen as less of a luxury and more of a modern-day necessity. This rollout provides a phenomenal opportunity for Manchester’s digital economy to flourish, enhancing the relationship citizens have with Manchester’s public buildings and services, as well as the traditional high street, encouraging visitors and enabling communication.”

The _FreeBeeMCR network is run by communications infrastructure and media services company Arqiva, at no cost to the city.

Paul Hellings, Director of WiFi at Arqiva said: “The people of Manchester and Salford expect seamless, hassle-free internet connectivity wherever they are; whether on their daily commute, shopping or at work. The provision of WiFi by Arqiva will further enhance the digital ethos of this great city and we’re proud to be a part of the largest on-street free WiFi network in the whole of the UK.”

A map is available, showing the various buildings and all of the on-street locations where people can take advantage of free wifi in Manchester city centre.
Article posted as shared directly to Citi IO, courtesy of our good friends from the Manchester City Council. Thank you.

10 Towering Facts About The Eiffel Tower 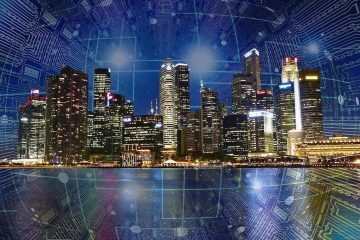 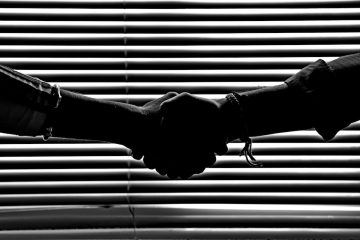 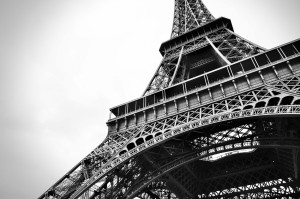