8 Best Food Cities In The World

Travelers love to eat–that’s why every year, as part of our Readers’ Choice Awards survey, we ask our readers to rank their favorite food cities around the world.

This year’s results contain some old favorites (Paris, Rome) as well as a few surprises. Read on for more mouth-watering details. In recent years, Singapore has become one of Asia’s most exciting food cities. You’ll find the likes of Mario Batali (Osteria Mozza) and Daniel Boulud (DB Bistro Moderne) alongside acres of hawker centers plying chewy hokkien mee noodles, fish head curry, and other only-in-Singapore specialties for around $5-$6 each. These clean, well-lit spots feed the democratic masses and delight visiting foodies; the ones at Newton, Old Airport Road, and Jurong West are worth the trek. But big-name chefs are still making their mark: In 2015, David Thompson of Bangkok’s Nahm opened Long Chim, while Lima’s Pedro Miguel Schiaffino will man the restaurant at The Patina Capitol, Singapore’s only seriously luxurious boutique hotel (opening in July). Singapore’s own Loh Lik Peng opened the haute-dining-in-a-shopfront experience Sorrel (pictured), the surf-and-turf lunch spot The Market Grill, and the barbecue joint Meatsmith this year alone–all of them in up-and-coming Telok Ayer neighborhood. Hong Kong’s food scene was long bookended by the starchy, formal high end–with Continental or haute-Cantonese cuisine dominating–and scrappy but delectable dim sum and noodle parlors. Today, that paradigm’s been turned on its head: London’s Jason Atherton brought casual tapas to town at 22 Ships (pictured) and Ham & Sherry, helping to transform the neighborhood of Wan Chai in the process; plus, his Aberdeen Street Social is one of the hottest seats in town. Dim sum parlors have also been gussied up: The Ilse Crawford-designed Duddell’s has a members’-club feel upstairs in the bar, but downstairs its modern-classic dumplings and exquisite presentation have earned it a Michelin star. Over at Mott 32, killer minced beef balls, soup dumplings, and Peking duck are served in a dim, sexy space in the basement of the Standard Chartered building. It’s hard to know where to begin when it comes to eating in Japan’s capital city. Do you sample omakase at one of the city’s sushi joints? (Sukiyabashi Jiro, made famous by Jiro Dreams of Sushi, is nigh-impossible to get into; try Sushi Masuda, opened by Jiro apprentice Rei Masuda, instead.) What about more casual fare at an izakaya, or noodles at one of the many ramen shops throughout Tokyo? Plan ahead to take it all in; cookbook author Stephanie Le’s guide to the city’s food scene is an excellent place to start. While some well-known bars, restaurants, and gelateria in the Eternal City are marching down the well-worn path to becoming a tourist trap, many others have resisted.

And at Sciascia Caffe, a sip of the signature espresso mixed with bitter chocolate is transportive, taking you to a Rome of another era.

But eating in Rome is not only about nostalgia: Gabriele Bonci’s hugely successful ‘new wave’ pizza al taglio (by the slice) Pizzarium has recently expanded; and as a counterpoint to the tired Campo di Fiori market, the considerably more authentic Mercato di Testaccio has been inaugurated anew. Pure Tuscan food is simple, produce-driven, and rustic, so in Florence the simple osteria, trattoria, and street vendors are the most memorable. Along with exceptional pasta, Osteria dei Benci cooks its classic bistecca alla fiorentina over wood, as is proper. Cucina povera (rustic cuisine–the phrase translates roughly to “poor cooking”) is celebrated at the paninoteca I Fratellini and market stall Nerbone where boiled beef is piled high into a panino before being topped with salsa verde.

For an upmarket option, there’s the three-Michelin-starred Enoteca Pinchiorri with its legendarily tempting cellar of more than 150,000 bottles. One of the city’s biggest surprises: Behind the silly fashion froth of the Roberto Cavalli store is the quality in-house café Giacosa, whose morning pastries and perfectly frothy cappuccino are the sexiest in town. In Cape Town, ‘local’ rules. The Mother city is smallish, casual but supremely stylish, and welcoming–words that describe its artisanal foods and restaurant scenes as much as its citizens. Sure, there are flashy, world-renowned addresses, like Luke Dale-Roberts’ Test Kitchen and Pot Luck Club. (Both are housed in the Old Biscuit Mill, which also hosts the Saturdays-only Neighbourgoods Market, an alfresco fair of the small-batch and hand-crafted, from sheep’s milk cheeses to artisanal honeys to beers and wines, biltong and oysters.)

LEARN MORE  Sci-Fi Cities & Mega Cities Of The Future, As Imagined Or Not?

But places with a sense of place tend to be the favorites: Baked, a bakery in village-y Bakhoven, whose sublime sourdough is legendary; Bistrot Bizerca, where Continental fare gets a Western Cape twist in a candle-lit, heritage-listed building; The Rumbullion Lawn, adjacent to The Roundhouse, where the brilliant staff comes from the townships and the views south over the Twelve Apostles are breathtaking; and Bistro 1682, on the Steenberg Estate in Costantia, where a glossy new dining room and striking tasting center only enhance the sense of history. Finally, don’t miss some of the super-local producers; Honest Chocolate is worth a shopping trip for the delectable packaging alone. After a period that saw many of Paris’s local markets and small food stores shutter and legendary brasseries rest on their laurels, there has been a dramatic shift. The rise of ‘bistronomie,’ via a wave of innovative, reasonably priced bistros, has breathed new life into Paris’s storied food culture. Often run by upstart foreigners, restaurants like Septime (pictured), Frenchie, Semilla, and Le Chateaubriand have quickly become new classics, as have more casual, bar-dining spots like Clamato and Bones.

Even the city’s famously nonchalant approach to coffee is undergoing a change, with TelescopeTen Belles helping to give your daily caffeine hit an upgrade. The forward-thinking exuberance of these new establishments, combined with France’s rich food traditions, has Paris poised to reclaim its title as the ruling citadel of gastronomy. Between the lush scenery and the outstanding food, it’s easy to understand why the Spanish Basques, who have long lobbied for their independence, exhibit such intense regional pride. San Sebastián proper boasts dozens of bars offering stellar pintxos–the local word for tapas, or “small bites”–primarily concentrated in the Parte Vieja and Gros neighborhoods.

The ideal night out will hit a mix of established taverns, such as Txepetxa and Paco Bueno, and experimental spots like Bar ZerukoBorda Berri. Beyond the everyday haunts are two destination restaurants: Pedro Subijana’s Akelarre (pictured) and Juan Mari Arzak’s eponymous restaurant (co-run by his daughter, Elena), both with three coveted Michelin stars.

Yes, eating there will cost you a hefty sum, but then again, these are once-in-a-lifetime meals.

The Golden Gate Bridge Is Under Attack By The Elements

10 Most Walkable Cities In America 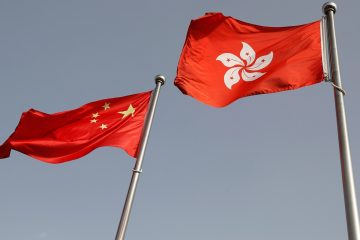 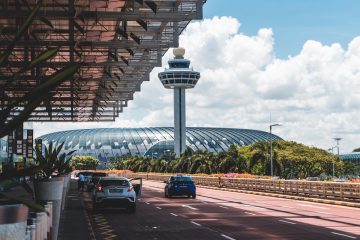 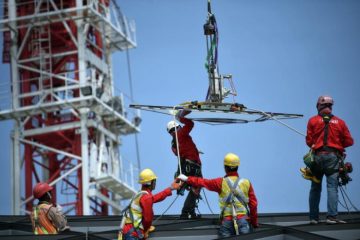 Will The ‘Singapore Model’ Survive The Pandemic? 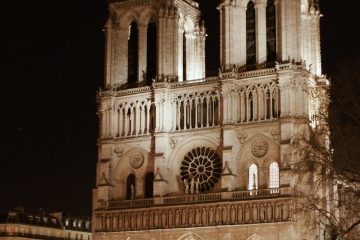 A Year After The Fire, Coronavirus Stalls Notre-Dame’s Rebirth

Tips And Tricks To Train Your Dogs Effectively 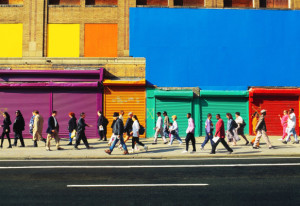 10 Most Walkable Cities In America
Cities that make life easier for pedestrians are, to many,…
SHARE

8 Best Food Cities In The World