The almost complete destruction of the Polish capital during the second world war allowed for the construction of an enormous network of heating pipes, which can be much more efficient than thousands of individual home boilers. A strange twist of circumstance and history has left grey, bustling Warsaw with far cleaner air than elegant Kraków – and created a potentially sizeable sustainability-plus in a nation more accustomed to being cast as the environmental laggard of Europe.

After the terrible, almost complete destruction of the Polish capital during the second world war, its Communist rulers’ fondness for large, centrally planned infrastructure projects led to the construction of an enormous network of heating pipes as Warsaw was rebuilt.

That system, the largest of its kind in Europe, has spared the capital’s 1.6 million population from the pollution that plagues Kraków, where thick black soot wafts from the chimneys of residents who burn coal at home.

Through frigid winters in Warsaw, the pipes bring warmth to parliament, the presidential palace and huge blocks of flats, some of them tall and concrete in the old, Communist style, others lower and more modern. Such systems, known as district heating, are popular with environmentalists because they can be much more efficient than thousands of individual home boilers. In the Polish cities where they exist, district heating networks have the added plus of providing an affordable alternative to the widespread practice of burning coal in low-tech, often filterless home stoves.

Progressive Denmark has built an extensive district heating system, and Britain, too, is trying to link homes to small local networks.

“This is one of the few good inheritances from the Communists,” said Maciej Bukowski, president of the Warsaw Institute for Economic Studies. “When you compare Warsaw to Kraków, it’s quite clean. It’s no different from London or Berlin.”

In coal-dependent Poland, any claim of sustainability comes with big caveats. The environmental upside of district heating depends on what kind of fuel it uses, and the answer is often coal, meaning trouble for both health and the environment. That impact is eased when the heat is captured as waste at plants generating electricity, rather than created for its own sake. Even with that efficiency boost, called combined heat and power (CHP), “it’s simply not a magic solution, a silver bullet,” said Meri Pukarinen, head of the climate and energy unit at Greenpeace Poland. “If you want to power your CHP with fossil fuels, then you run into the same problems” caused by any fossil fuel use.

Many of the pipes are old and leaky, wasting large amounts of heat. The system is far better than decades ago, though, when all flat-dwellers could do to control the temperature in the depth of winter was open windows when they got too hot.

Krzysztof Bolesta, an adviser to environment minister Maciej Grabowski, said that was what people did years ago in his first Warsaw home. Now, his sister lives in the same building, but it has been refurbished, and individual controls installed.

“Everyone has a meter on the radiator, so if you open the window and you don’t close the radiator, you have to pay, and people know that, so it helps,“ Bolesta said. Kacper Białkowski, assistant project manager in an arts theatre, lives in a modern stone apartment building a few minutes’ walk from Plac Zbawiciela, where a large rainbow arch of fake flowers sits at the centre of a bustling roundabout, a splash of colour amid the grey of Warsaw’s winter.

As a teenager, it was Białkowski’s job to haul a load of coal to his family’s home every day from an outbuilding on their property. “Imagine doing that in the evening, winter, with -25C outside,” he says. On top of its other drawbacks, he said, coal was slow to warm the home, so his family would fire up their stove as soon as they returned from work and school, and then wait for the chill to ease.

Now though, Białkowski says he is like many other Warsaw residents, taking for granted the ease with which he can turn on the heat and warm up. And doing so doesn’t taint the air his neighbours breathe. Not by Polish standards, anyway.

This article was written by Beth Gardiner and originally appeared in The Guardian.

From Shanty To Swanky : The Wildly Differing Prices Of Property In Mumbai 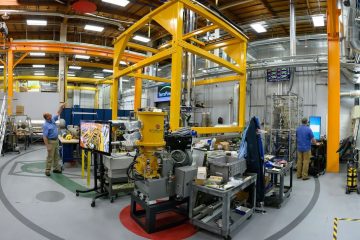 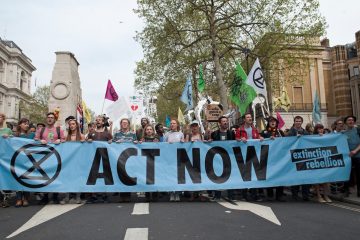 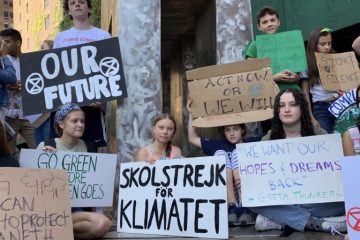 How The Youth-Led Climate Strikes Became A Global Mass Movement 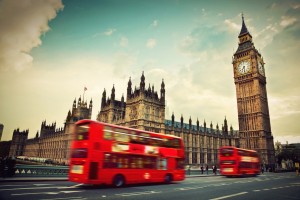