Twenty-one American Cities now Participating in the Nation’s Most Comprehensive Initiative to Help City Halls Use Data and Evidence to Improve Residents’ Lives.

Bloomberg Philanthropies announced that mayors from thirteen American cities have been selected to join What Works Cities and have publicly committed to enhance their use of data and evidence to improve services, inform local decision making and engage residents.

What Work Cities is one of the largest-ever philanthropic efforts to enhance the use of data and evidence in the public sector. Launched in April 2015, the $42 million initiative is already providing support to City Halls in eight cities and will admit a total of 100 cities on a rolling basis through 2017. Cities that have yet to apply have another opportunity: the next What Works Cities will be selected based on applications received by February 1st, 2016. To learn more and apply, cities should visit www.whatworkscities.org.

With the addition of the new cities to the program, What Works Cities is now working in 21 cities in 15 states. Seven of the 21 cities state they are “just starting out” using data and evidence. The selected What Works Cities represent over 8 million Americans, with annual budgets exceeding a combined $31 billion. Ten of the 21 mayors are in their first term in office, and four of the 21 mayors are women. The cities’ major industries include education, technology, oil refining, finance, manufacturing, health care, and tourism.

“Cities around the country are looking to use data more effectively, and the new What Works cities range from Alaska to the East Coast. They understand that data is a tool that every city can use to improve public services, and our What Works Cities initiative will help them do just that.”

What Works Cities collaborates with participating municipalities to review their current use of data and evidence, understands where they are utilizing best practices, and identifies areas for growth. Through its expert partners, What Works Cities will help these mayors through customized approaches that will expand their use of data and evidence in the following ways:

LEARN MORE  8 Technology Predictions To Watch Out For In 2016

Since then, these cities have made substantial progress by passing open data policies, launching performance management programs, and undertaking new efforts to evaluate programs and manage contracts more effectively.

The consortium of leading organizations that has been assembled by Bloomberg Philanthropies to provide a program of support includes Results for America, the Center for Government Excellence at Johns Hopkins University, the Government Performance Lab at the Harvard Kennedy School, The Sunlight Foundation, and The Behavioral Insights Team.

Bloomberg Philanthropies believes cities are drivers of progress and innovation, and hold the solution to many of the pressing issues we face – from confronting climate change and improving public health to creating jobs in a changing global economy. By helping city governments innovate, engage the public, and adopt proven solutions, the lives of billions of people can be improved. Bloomberg Philanthropies works toward this goal through efforts as diverse as Bloomberg Associates, C40, Cities of Service, CityLab, the Compact of Mayors, Global Road Safety, Innovation Teams, the India Smart Cities Challenge, the Public Art Challenge, What Works Cities, and more. 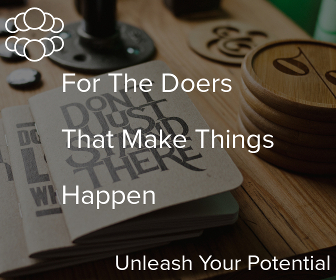 How NZ's Flag Referendum Can Be A Lesson To OZ's

Why Cities Are Its People, All Of Them, Not Just The Few

President Trump just officially declared Jerusalem to be the capital of Israel, upending decades of US diplomacy and…
bycurator
Read More

Does The G20 Summit Really Make A Difference? World Leaders Reckon It Does

“The secret to success is sincerity. Learn to fake that, and you’ve got it made.” So goes an…
bycurator
Read More

The internet has brought us all closer together – we can trade online and chat using Skype. But…
bycurator
Read More