Futuristic supermarkets promise customers the truth about their shopping, says Prof Carlo Ratti, but what are the retailers getting out of it?

There’s a lot going on in Prof Carlo Ratti’s vision of the supermarket of the future.

Robotic arms whirling about as they distribute apples, tubes that snake in and out of vertical hydroponic systems cultivating algae and insects, and sensor-equipped mirrors that display information on products that customers are pointing at.

Information is the key component to Ratti’s Future Food District, a sprawling thematic pavilion built for last year’s Expo Milano. Ratti envisioned digitally-augmented mirrors telling customers how much CO2 was produced in the making of the product, the chemical treatments it received, relevant dietary information, and how far it travelled to get to the shelf.

It is but one of a raft of pioneering projects Ratti has worked upon in the field of digital architecture, a subject the Italian architect and engineer will be the discussing in his closing keynote speech for the 2016 Media Architecture Biennale in Sydney, as part of the Vivid festival. The conference will have architects, designers, artists, academia, government and industry coming together to discuss how technology and digital media as part of a smart cities approach can lead to more liveable city environments. Ratti says such events are vital in his field.

“Every time you do something in a rapidly changing field like smart cities, which I like to call Senseable Cities, it is important to have conversations with different people,” he says.

“To exchange ideas, share our experience with what we’ve been doing with our Senseable City research, and learning more about what’s happening in Australia and elsewhere.”

Ratti practises in Italy and teaches at the Massachusetts Institute of Technology, where he directs the Senseable City Lab, is chair of the World Economic Forum Global Agenda Council on Future Cities, and is the urban innovation advisor to the president and commissioners of the European Commission.

LEARN MORE  High Tech Forest? In A Hotel? Only In Dubai.

He says that following his Future Food District, a great deal of activity is taking place in regard to supermarkets experimenting with digital placemaking, which looks at how technology redefines communities.

“[The Future Food District] was done with COOP, the biggest supermarket chain in Italy, and we’re also working with Target andUnilever.

Ratti says the privacy concerns associated with smart city technologies are not relevant to his specific work in this area.

Yet the Future Food District was full of sensors detecting when people lingered over particular food items, and photos taken of patrons were transmitted to two huge mechanical arms on the outside of the store, which proceeded to spray-paint stylised depictions of customers on to the exhibit’s facade.

Then there was an app that categorised customers as one of six different type of consumer – Italian food lovers, wellness consumers, easy consumers, foodies, vegans/vegetarians and green/ethical consumers – and used location-based marketing technologies to ensure products in line with the shopper’s profile would be displayed to them as they browsed the store.

By utilising the internet of things, supermarkets will be able to take to another level the personalised data collection they are already engaged in. In Australia, Coles and Woolworths use loyalty cards to track individual customer purchases, and send those same shoppers targeted emails loaded with special offers related to products they have previously bought. In 2013, the Woolworths director of group retail services Penny Winn revealed to marketing publication AdNews that data on customer purchases in supermarkets was being cross-referenced with information collected by the company’s related insurance business.

LEARN MORE  A Bus For Cars? Hmmm... A Cleaner Future From Ideas Past

“Because, you see, customers who drink lots of milk and eat lots of red meat are very, very good car insurance risks versus those who eat lots of pasta and rice, fill up their petrol at night, and drink spirits,” she said.

“What that means is we’re able to tailor an insurance offer that targets those really good insurance risk customers and give them a good deal via direct channels instead of above-the-line [advertising]. And it helps to avoid the bad insurance risks.”

Ratti concedes that the data collection possibilities of smart city infrastructure do present ethical concerns, although he stresses they are not unique to digital placemaking.

“It isn’t just about media architecture, about smart cities,” he says.

“We are leaving a lot of digital traces as we go, even when just using smartphones to go on to Facebook or Twitter, and it all poses questions about who is accessing the data and so on.”

If Ratti’s vision comes to fruition, the weekly shop will certainly become a vastly more informative and efficient experience – just not only for the customer, but the supermarket as well. A great deal can be learned from one’s shopping habits – you really are what you eat.

When The Trip To The Airport Is A Journey In Itself

How To Make Your Business Fit In With Newer, Smarter Cities 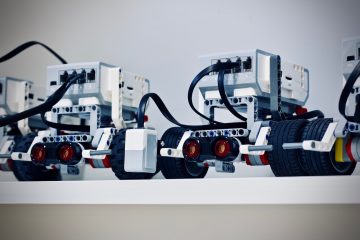 Are Cities Prepared For A Robot-Filled Future? 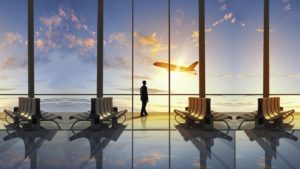 When The Trip To The Airport Is A Journey In Itself
A city always begins with one airport, usually located outside…
SHARE