Just When You Thought You’d Love A Tokyo Subway Ride

The Japanese rail network is known throughout the world for its superiority and punctuality. In the capital city Tokyo, nearly 40 million passengers ride the rail every day, heavily outweighing other modes of transport like buses and private cars. Of these, 22% or 8.7 million take the subway.

The Tokyo subway network is a transportation marvel. On most lines, trains come every 5 minutes apart, on average, and during peak times, they tend to run every 2-3 minutes. That’s about 24 trains per hour going in one direction. Despite so many trains, the subway is extremely overcrowded, especially during rush hour. This page from the Ministry of Land, Infrastructure and Transport has data (from 2007) detailing the level of congestion at different stations of Tokyo’s subway. As you can see, nearly all of them run at over capacity with a few running at 200% over rated capacity. “Oshiya” or “pushers” at Tokyo’s Shinjuku station trying to pack as many passengers as possible into the carriages during rush hour in 1967. Photo Credit : CNN

In order to fit twice the number of passengers into a subway carriage, the stations employ uniformed staff known as oshiya or “pusher”, whose goal is to cram as many people as possible into the subway tram. These white glove-wearing personal actually pushes people into the train, so the doors can be shut. This is so surreal, it has to be seen to be believed.

When pushers were first brought in at Tokyo’s Shinjuku Station, they were called “passenger arrangement staff” and were largely made up of students working part-time. Nowadays, there are no dedicated “pushers”. The station staff and part-time workers fill these roles during rush hours.

Although a Japanese phenomenon now, subway pushers were an American invention and originated in New York City, nearly a century ago. They were not very well-liked because they were known to push and shove passengers with hostility. The vigor with which the guards often did their job earned them the reputation as “sardine packers”. Their brutality sometimes made national headlines. “The Anxious Subway Guard Who Guillotines His Passengers” —screamed a headline, and “Long Suffering New York Subway Riders Cheer Man Who Hit Guards” —reported another.

Pushers became out of fashion with the introduction of automatic door controls and automatic turnstiles. As the sadistic sardine packers began to lose their job in the 1920s, their demise were mourned briefly. Several movies about subway workers came out during this period including Subway Sadie (1926), Wolf’s Clothing (1927), The Big Noise (1928), Love Over Night (1928) and so on. Subway pushers were also depicted in a 1941 biographical movie called Pusher — the story takes place during World War 1.

More recently, in 2012, Hong Kong- based photographer Michael Wolf created a photo series named Tokyo Compression, where he captured the traumatized and pained expression of commuters as their faces were crushed against the windows. These pictures show how horrible and shameful the situation inside the subway is. Bodies are squished so tightly against one another that most people can’t physically move. Short persons suffer the risk of getting smothered against the coat of their fellow passenger. Getting off at the right station require strength and determination, and fire hazards and emergency evacuation are serious issues. The subways are also fertile grounds for pickpockets and gropers. One Quora user has an interesting take on Tokyo’s overcrowding. According to the anonymous commenter, who claims to have worked as a station attendant, Tokyo’s subway trains are overcrowded because, somewhat paradoxically, there are too many trains, which leads commuters waiting at the station into believing they can skip trains.

LEARN MORE  Where Cars Of The Future Must Pass Through First

“No problem,” you say, “if they come that often, I’ll just wait for the next one when the first gets too full for comfort”.

Well, my friend, you’re not alone. About 10% of all riders feel the same way. Seeing as that means each train is “comfortably full”, and the trains come every 2 minutes, then after 20 minutes you’ve already got an entire train’s worth of excess riders, waiting for the trains to not be full. Expand that out to the entire rush hour period, and you’re talking more like 3-5 extra train-loads of people, just standing around on the platform. Predicting Our Future As Internet Of Things Come Alive

The Impact Of COVID-19 On Future Mobility Solutions 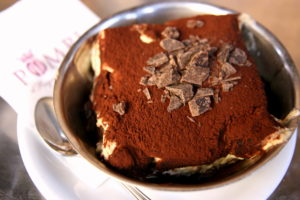 Have & Eat Your Cake : 17 Of The Best The World Over
Cakes -- sweet and moist slices of heaven that have…
SHARE

Just When You Thought You’d Love A Tokyo Subway Ride