We’re already looking into our crystal balls and checking Nostradamus’ books to see what he predicted would happen in 2017.

According to Nostradamus, 2017 will be the year Russia & the Ukraine come to an agreement – the terms of the agreement are unclear at this time. The United States will oppose the new truce, but Germany and other EU members will embrace it. That’s different from what has already happened and what we’ve read in mainstream media reports.  US Vice President Joe Biden voiced his stance in December, 2015 – the United States is determined to see Russia adhere to a shaky Ukrainian peace agreement and hand back Crimea to Kiev. China will make bold moves to cure the “economic imbalance“ in the world. According to Nostradamus, its actions will have far reaching effects. Will China become the new Superpower as Baba Vanga happened to predict in the 20th century? The past decade, the notion of China becoming the world’s next superpower has become almost an idee fixe for global politics theorists. Compared to the other so-called BRICS – Brazil, Russia and India – China shines like the moon. Between 1978 and the present, China has been able to surge from being a marginal player on the global stage to a powerhouse that has attracted $2 trillion of foreign direct investment.

8. A Year of Definition for Latin America While 2017 will not be a breakout year for Latin American countries, Nostradamus also predicted that it will be a year of redefinition for them. Governments will move away from leftish policies and will help set the stage for potential civil unrest in the region. Unemployment and loans will make Italy the “epicenter” of the EU financial crisis, shifting attention away from the Greeks and Spain. The Italian banking system is in serious trouble and the failure of these banks is simply the tip of the iceberg. Non-performing loans, loans that debtors are not paying off as agreed, but which have not yet been written off by the banks, have been on the rise the past two year. At this point 18% of all outstanding loans in Italy are non-performing.  Reviving Italy’s economywill require sacrifices not just from Italians, but also from other EU members. Nostradamus also predicted that the term ‘cloud’ will disappear from the phrase ‘cloud computing’ by 2017 because most of the computers will simply be assumed to be done in the cloud. The current superpower, referring to USA, will become increasingly ungovernable and incompetent to take care of the world. Ideological polarization, political corruption, growing inequality, globalization of corporate and financial elites, and large-scale social system failures will be the growing factors in the sclerosis. Nostradamus believed the possibilities of ‘Hot Wars’ could be escalated in 2017 due to global warming and diminishing resources. As far as the warfare itself goes, the greatest threat in the future will be terrorists and bio-attacks. Commercial space travel is the real deal, but beyond orbital flights things will become exponentially more difficult. The moon, asteroids and mining missions are unlikely targets within the next two years.

2. More Widespread Use of Solar Power Photograph: Martin Godwin for the Guardian

By 2017, solar technologies could account for a significant portion of global power generation, according to Nostradamus, helping economies and businesses guard against rising energy costs and the impact of climate change. North Korea and South Korea will merge. Kim Jong-un will be dethroned and will seek refuge in Russia. NORTH Korea dictator Kim Jong-un is “crueller” and more dangerous than his father. The youngest scion of the ruling family which has dominated North Korea for 65 years inherited the leadership of the “Democratic People’s Republic” on 17 December 2011 upon the death of his father. Since that dreadful day, Kim Jong-un has caused a perilous international crisis by testing a nuclear weapon and threatening to use it against America and South Korea. He also distributed a strange photograph of himself purportedly in the act of ordering “merciless” nuclear strikes against the US mainland.

This feature is written by Alex Noudelman and appeared at alexnouldelman.com

Why Amsterdam Is Kicking Out The Bad Gassy Habit 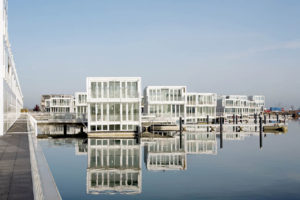