AI Is Reshaping What We Know About Cities

Why do certain neighborhoods feel safe while some feel dangerous? Why are others considered beautiful? How do cities develop and change over time? And most importantly, how can we quantify these observations about the way we perceive cities, and use it to plan urban areas that are more equitable?

César Hidalgo, the director of the Collective Learning group at the MIT Media Lab, has spent years using crowdsourced data and machine vision technology to build models of cities that can answer questions that statistics and surveys simply can’t.

Hidalgo’s work illustrates that as AI has colonized our daily lives–from Barbie dolls to web design–it has also started to infiltrate academic study, particularly when it comes to how we understand cities. But as this nascent field develops, it’s also facing its own challenges.

What Really Makes A Neighborhood Change?

Take the group’s latest paper, published in Proceedings of the National Academy of Sciences. It uses Google Street View photos of five cities, taken seven years apart, to analyze several well-known ideas about what causes urban revitalization. It’s a critical issue that’s been studied for decades, with much debate surrounding several schools of thought about how and why revitalization occurs. By using 1.6 million StreetView photos as evidence, parsed with machine learning, Hidalgo and his team were able to put some of those “classical” ideas about cities to the test.

For instance, the idea that income level is an indicator of neighborhood change. The team found that the biggest factor in positive urban change was actually the amount of highly educated people in a neighborhood. Proximity to aesthetically beautiful neighborhoods and to business districts are also correlated, as is the neighborhood’s “safety score,” (which the team created in a previous paper). But surprisingly, and contrary to some theories, Hidalgo found that income and housing cost aren’t correlated with positive or negative physical change in a neighborhood. “So it’s not an income story—it’s not that there are rich people there, and they happen to be more educated,” as Hidalgo put it in an MIT News story. “It appears to be more of a skill story.”

Meanwhile, their model supported other theories, like the notion that neighborhoods that start out with positive appearances experience greater improvement. Their findings can be explored in an interactive called Street Change that includes maps of New York; Boston; Detroit; Washington, D.C.; and Baltimore, shaded by the system’s rating of how dramatic the urban change was in a particular neighborhood.

Studies like this one, which use machine learning to further our understanding of urbanism, could transform the discipline into more of a science than a social science. “I do hope that this research starts helping us understand how the urban environment affects people and how it’s affected by people so that when we do policy in the context of urban planning, we have a more scientific understanding of the effect different designs have in the behaviors of the populations that use them,” Hidalgo tells Co.Design. “These methods can help us understand growth, the development of the world by eyes that are not captured by official statistics.”

From Social Science To Science

However, there are still plenty of challenges with using machine learning in this context. The biggest one? Data.

Much of the data from Hidalgo’s previous studies using computer vision was crowdsourced from a site he and his colleagues built called Place Pulse. There, users could rate how safe and beautiful a street scene seemed to them, giving the researchers data about how people perceive streets. But in order for Hidalgo to take the project global, he’ll need a lot more data–especially given that a program trained on New York and Boston wouldn’t fare so well if pointed at foreign urban centers. So far they’ve relied on the organic growth of Place Pulse users to feed their machine learning data set, but, to truly expand, Hidalgo says they may have to pay for people to rate city scenes on Amazon’s crowd-working site Mechanical Turk–or advertise on Facebook. 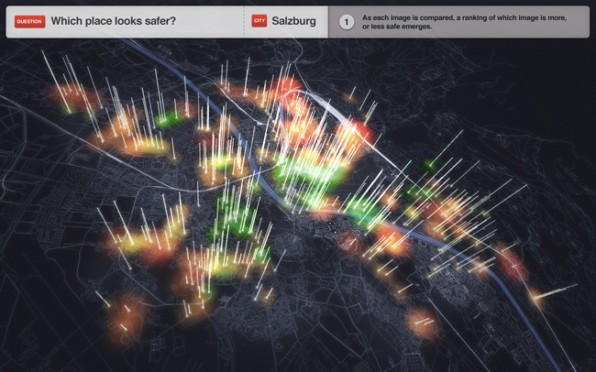 The researchers relied on people rating how safe or beautiful Google Street View photos looked in order to determine how the neighborhoods were changing using tools like Place Pulse [Screenshot: Place Pulse]

But the challenges of this approach to research don’t end once the data has been acquired. Cities are constantly changing–they’re dynamic places, and not every image is ideal for an algorithm to process. Hidalgo says that Nikhil Naik, a postdoc at MIT’s Abdul Latif Jameel Poverty Action Lab and the lead author on the new paper, spent years working on the data set the team ended up using for the paper. Chief among the challenges was parsing Google Street View images that might look drastically different in the before and after–but only because there’s a giant truck in the way in one of them. The team also had to correct for seasonal changes, like snow on the ground or stormy skies.

To fix these aberrations in the data, the researchers had to categorize the real-life object depicted in every pixel of the 1.6 million images in the database. If there were too many pixels that had been identified as belonging to a truck or a pedestrian, the program wouldn’t use that exact image, swapping it out for similar images on the same block. The system was also trained to ignore things like trees and skies, which change too much during different seasons to give an accurate impression of change.

LEARN MORE  How Zoning Laws Are Holding Back America's Cities

The real challenge lies in taking the research from academia and out onto the streets, so to speak. “I think we’ve got a ways to go for these methods to be more common in urban planning circles,” Hidalgo says. “I do think the methods need to be scaled better but need to be incorporated into tools that put them into the hands of planners and architects themselves.”

Still, the promise of machine learning is already tangible through work like Hidalgo’s. He believes that it will be a staple in the study of urbanism within 5 to 10 years. “Change happens to be contagious,” he says. He means it with regards to how cities morph over time–but it seems just as applicable to the spread of machine learning, too.

This article is written by Katharine Schwab & originally appeared in FastCo.Design.

When Artificial Intelligence Rules The City

7 Ways To Improve Your Physical Condition This Summer

How Global Central Banks Are Responding To COVID-19

How To Find Reliable Legal Help

9 Reasons Why You Need Supplement Insurance 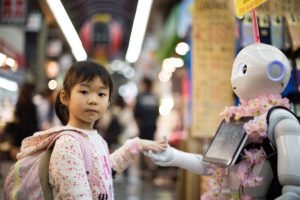 When Artificial Intelligence Rules The City
When we think of the city of the future, we…
SHARE

AI Is Reshaping What We Know About Cities