The New South Wales government is imposing an anti-urban legislative and development agenda on Sydney. This agenda conceptualises Sydney as centre – a privileged social, cultural and geographic core – and elsewhere.

Policies like building the multi-billion-dollar WestConnex roads system, increasing penalties and restrictions for cyclists, privatising public housing in inner-city suburbs and selling public assets have direct impacts on the existence of “the urban” in Sydney.

This agenda limits the capacity of Sydneysiders to engage with their city in diverse, improvised or alternative ways. This is despite government claims that it addresses imbalances and inequities between the centre and the rest of the city in terms of spatial advantage, job opportunities, public spending and services.

The suburbanisation of the city

One of sociologist Henri Lefebvre’s enduring contributions to urban theory and practice is the notion of the “right to the city”. Lefebvre was not merely advocating access to space in the city or its resources, but the right to be urban.

By urban, Lefebvre meant the phenomenon that emerges from the complexity, collaboration and improvisation that are possible in cities. The urban is not the product of a privileged core. Rather, it is a decentralised network of diverse communities, practices and places that give rise to cities’ convivial and inclusive potential. Unlike cycling and public transport, the car seals us off from encounters with others. AAP

While the government’s lockout laws have attracted national and international attention for their deleterious effect on urban areas, they are merely the most visible of a raft of anti-urban policies. The privatisation of public housing in Millers Point and urban renewal plans for Waterloo, which include demolishing public housing and relocating 4000 tenants, are detrimental to the social and cultural mix of the urban. Globally, the pattern is a familiar one. Redeveloped or new housing and commerce are targeted at more affluent investors and consumers. Areas that were urban in their social and cultural mix become increasingly homogeneous.

Some commentators refer to these outcomes as gentrification. However, inner-city areas have already undergone varying degrees of gentrification. Usually this is triggered by first-wave gentrifiers, such as artists, who value urban attributes.

One pleasure of the urban is spontaneous encounters and experiences with difference. The sociologist Zygmunt Bauman has called this “mixophilia”.

Historically, the suburbs have offered a refuge for the “mixophobic”. In these places, monoculturalism is a retreat from difference. The current urban development and transformation, at the behest of state government bodies such as Urban Growth, is the suburbanisation of urban areas.

Regulating flows in the city

City governance, design and planning are largely concerned with regulating the movement of people, goods, ideas and capital. Globally, this increasingly involves the facilitation of flows that support neoliberal state and corporate agendas, and the blocking of flows that do not.

One stated rationale for WestConnex, a project involving an unprecedented transfer of public funds (A$18 billion and rising) to the private sector, is increased flows to and from the city centre.

In response to the project’s critics, the Baird government has relied on crude rhetoric which insists it is tackling the geographic and social division between an inner city populated by “cultural elites” and “chattering classes” and an under-served wider populace.

Postcode should not determine access to resources in the city. Yet Westconnex is the product of an anti-urban imagination that re-iterates the single central core, rather than multiple localised urban centres. Government support for the Commonwealth Bank’s move to the newly privatised Australian Technology Park in Redfern, instead of to Parramatta as previously planned, reinforces that view.

Combined with restrictive and punitive measures that deter cycling and proposed steep rises in public transport fares, WestConnex limits Sydneysiders’ choices for mobility around the city. It consolidates the car as a dominant mode of transportation.

Unlike public transport and cycling, the car seals us off from encounters with others. It is the least urban form of transport.

The Baird government’s policy agenda for Sydney denies the right to the city, both as the right to be urban and the right to a city that is urban. It confirms Lefebvre’s position that those who manage cities devise and implement regulatory frameworks and infrastructure that are frequently – and paradoxically – detrimental to the emergence of the urban.

The World Worries A Lot But Not Enough For Real Problems

Top Free Things To Do In London 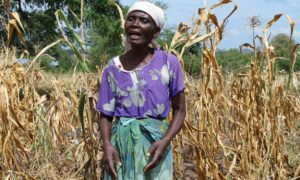