Journey To Another World In The Largest Cave On Earth This is Hang Son Doong, a 3 million year-old natural wonder located in central Vietnam and is the world’s largest cave. Translated as Mountain River Cave, it was first discovered in 1990 by Ho Khanh, a local farmer who was seeking shelter from a passing storm in the jungle.

He noticed clouds and the sound of an underground river gushing from a large hole in the limestone, and reported his findings to the British Caving Research Association (BCRA), who were stationed in Phong Nha at the time. Unfortunately Ho Khanh lost his bearings during his return, and the exact location of the cave remained lost for 18 years. In 2008 while hunting for food he stumbled across the entrance again, and returned the following year with Howard and Deb Limbert from the BCRA. They began the exploration of the cave, and in 2010 determined it to be the largest ever discovered in terms of the size of its cross-section.

Opening This Subterranean Wonder To The Public… Up To A Point

In 2013 Hang Son Doong was opened to the public for the first time, with the adventure tour company Oxalis running the exclusive five-day expedition.

Limiting the tour to only one operator and a strict number of participant per tour has ensured that the cave’s solidarity remains intact and free from any unnecessary mass development. Only 10 customers per departure are permitted. Tours run once per week between February to August per year.

The eco-system inside Hang Son Doong is as unique as it is large, and it even has its own localized weather system. Rare limestone cave pearls are scattered in dried pools, and the largest stalagmite ever found stands 80-meter tall. Collapsed ceilings have created openings known as dolines, allowing foliage to grow inside the cave. Microscopic organisms thrive in the darkness.

LEARN MORE  Can The World’s Megacities Survive The Digital Age?

The Journey Is The Adventure The journey to Hang Son Doong is an adventure in and of itself. Involving two days of intense jungle trekking and river crossings to reach the entrance, nights are spent camping inside the cave and the nearby Hang En, now known to be the third largest cave in the world. Once inside hikers are expected to abseil, climb, crawl and swim through underground rivers to arrive at the end of the cave. It’s an adventure like no other. The scale of the operation is phenomenal, and this ensures everyone’s safety and welfare, along with the preservation of the cave, is looked after with expert precision. The Quang Binh province has long been one of the poorest regions in the country, and was heavily bombed during the Vietnam War.

Unexploded ordnance are scattered throughout the fields and jungle, putting thousands of lives at risk every single day. Many of the locals collect and dismantle these unexploded bombs, selling the dynamite and metal for scrap. Countless lives have been lost doing this dangerous practice, but for some there were no other options to help feed their families. When the colossal caves of Phong Nha were discovered travelers began arriving for the first time. Villagers embraced this new opportunity and started focusing on tourism. The positive results has seen the local economy flourish. New community homestays are being built, and the once-impoverished town has been given a new life. The recent discovery of 57 new caves has also excited the inhabitants of Phong Nha, who have seen their small village quickly become the adventure capital of Southeast Asia. Passionate locals have created mountain biking, hiking, kayaking and eco-conservation tour companies to run alongside the caving.

Sun Group, a local development company in Vietnam has been pushing to build a cable car to Hang Son Doong, which could potentially ferry 1,000 visitors an hour to the cave.

The proposed plan has been met with ardent opposition from UNESCO and activist group ‘Save Son Doong’ encouraged the Vietnamese government to temporarily halt the construction permits in 2015, Opinion have been voiced out from both standpoints, arguing that this increase in tourism will continue to benefit the local community, while others fear for the destruction of the ecosystem that increased traffic will bring.

These fears are not unfounded as similar projects on Mount Fansipan, the highest mountain in Vietnam, and in Halong Bay have resulted in dramatic environmental damage.

Rulings on the cable car plans have remained uncertain for now. Time will tell what future hold for this magnificent new discovery. One can only hope that it’s purity and beauty remains unblemished by the modern world.

This feature’s source came from CNN.

Flame On! The World’s 11 Best Barbecues You Must Try

High Tech Forest? In A Hotel? Only In Dubai. 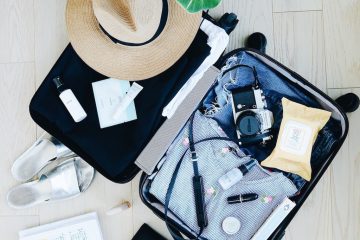 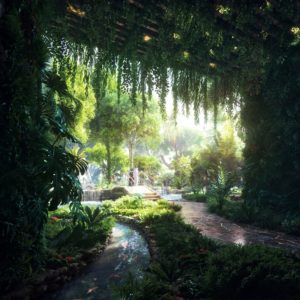 High Tech Forest? In A Hotel? Only In Dubai.
Dubai is to embark on another ambitious project -- this…
SHARE

Journey To Another World In The Largest Cave On Earth