Head To These Top 10 2017 Easter Getaway This Weekend

Travel the world this Easter season to see how it is celebrated in a different country. From the traditional setting of The Vatican to the relaxed vibes of the U.S. Virgin Islands, you’ll be happy in any of these ten destinations. Easter is a fantastic time to go to all of these places because everyone will be in a celebratory mood. Vatican City is likely one of the world’s best places to visit for the Easter holiday is you value religious services. Vatican City, its own independent city-state located in the middle of the Italian city Rome, is the capital of the Catholic world, and serves as the home of the Pope. Take a tour of the St. Peter’s Basilica, climb the cupola to the top of the building, admire the ceiling of the Sistine Chapel, or explore the Vatican Museums. During Holy Week the Vatican offers masses, which require free tickets for attendance, and on Easter itself the Pope gives an address to those in St. Peter’s Square. Of course, once you’ve experienced Easter at the Vatican, there’s always the rest of Rome to go discover.

Find a place to stay in Rome There is no place quite like The Netherlands in the spring, especially around Easter. Flower enthusiasts will have a cornucopia of activities, from biking around the massive tulip fields of at the Keukenhof Gardens, casting your bid at the Flora Holland auction house, Hortus Botanicus, and the floating flower market. Of course, if your interests extend beyond flowers, King’s Day is celebrated in the spring, honoring the new king’s birthday in which most of the country bedecks itself in the color orange as homage to famous William of Orange, a relative of the current monarch. Of course, while you’re in town, stop and admire the windmills, beaches, collection of museums, and cheese. Of course, the Red Light district always draws a crowd of onlookers as well.

Find a place to stay in Amsterdam Washington, D.C. and Tokyo, Japan, have a very close horticultural tie. Japan’s unofficial national flower is the cherry blossom, or “sakura.” Every year in the spring, massive flower displays decorate the countryside as the cherry blossoms come into full bloom. The best viewings of this, known as “hanami,” are at Ueno Park and Shinjuku Gyoen in Japan. The Japanese government gave 3,000 cherry blossom trees to the US government in 1912 as a gesture of goodwill. Officials promptly had these planted around the Tidal Basin in Washington, D.C., where they are still viewed by more than 1.5 million people every year during March and April in what is known as the National Cherry Blossom Festival. Of course, kids will also enjoy the annual Easter event at the White House, if you can get tickets.

Find a place to stay in Tokyo or Washington, D.C. 2017 is a big year for the U.S. Virgin Islands as it marks the 100th anniversary of their transfer of ownership from Denmark to the United States. Previously the Danish West Indies, the U.S. Virgin Islands are a territory made of up the main islands St. John, St. Thomas, St. Croix. As this is the centennial year, the local government of the US Virgin Islands are offering $300 for cultural and ecological exploration and activities for visitors, which can be set up through their website online. Spring is perfect as it is before the tourist and hurricane season, while still having beautiful weather and not being egregiously hot. The St. Thomas Carnival celebration also takes place in April or May of this year and shouldn’t be missed.

Find a place to stay in the U.S. Virgin Islands San Francisco is known for its raucous and colorful celebrations, and Easter is no exception to this rule. Every Easter, San Francisco hosts the annual Union Street Easter Parade and Spring Celebration. The parade, which runs on Union Street between Gough and Fillmore, marks its 26th anniversary this year. The date for 2017’s parade is Sunday, April 16th, 2017, and the celebration will run from 10:00 a.m. to 5:00 p.m., with the parade starting at 2:00 p.m. In addition to the parade, there will be an Easter bonnet contest and activities for kids and adults alike, and of course churches around the city will be offering services.

Find a place to stay in San Francisco Spain, a traditionally Catholic country, is another excellent location to spend Easter for the religiously inclined. Holy Week, known in Seville as “Semana Santa de Sevilla,” takes place in the week leading up to Easter and processions will be held throughout the city. Icons such as images of the passion of the Christ and the Virgin Mary are constructed as statues (or pasos) and paraded around the city, with the final procession culminating at the main cathedral right before the Good Friday mass begins.

Find a place to stay in Seville Another U.S. city offering Easter festivities, New York City hosts its own inimitable Easter parade that kicks off after mass ends at St. Patrick’s Cathedral (if you wish to attend mass here first, you may need tickets). The Easter Bonnet Parade, which was captured by the classic Irving Berlin movie “Easter Parade” with Judy Garland and Fred Astaire, runs from 49th Street to 57th Street along Fifth Avenue. It starts at 10:00 a.m. and runs until 4:00 p.m., and features people dressed in their dapper Easter best with their finest bonnets. What in the 1870s began as a fashion statement has now turned into a cultural and art event, and many participants go above and beyond and decorate their hats with wild creativity and aplomb.

Find a place to stay in New York City If nothing, New Orleans knows how to have a good parade. The city that is home to Mardi Gras festivities to celebrate the last day before the Christian season of fasting known as Lent also offers parades to celebrate the end of Lent as well. The oldest parade, the Historic French Quarter Parade, starts early and ends at St. Louis Cathedral for the 11:00 a.m. mass. There is also the Chris Owens Easter Parade, which was named after a famed French Quarter entertainer and focuses heavily on floats, attire, beads, and Easter Bonnets. The Gay Easter Parade runs this same day too and is in support of the LGBTQI community. Each parade features beads, bonnets, and chocolate, so take your pick!

Find a place to stay in New Orleans Paris is renowned for its beautiful spring time, and the gardens in front of the Louvre, Les Tuileries Gardens, certainly contribute to the legend. Chocolate tastings at major chocolate houses, Easter egg hunts, and open services at Notre-Dame and Sacré-Cœur are all available during Easter. Of course, there’s always the trusty café, loads of museums, and beautiful architecture to take in in the historic cultural centerpiece that is the nation’s capital.

Find a place to stay in Paris Easter in this traditionally Christian country is a nationwide celebration. El Nido, in Palawan Province, is one of the best places to do just that. Holy Week is celebrated by festivals, markets, and a parade, all surrounded by tropical vegetation and enviable beaches that make this an excellent Easter getaway.

Find a place to stay in El Nido

This feature originally appeared in Trippings.

The World's Greenest City Out Of Dreams, Oil, Pearls, And Sand.

Amsterdam's Game Of Thrones Is A Masterpiece 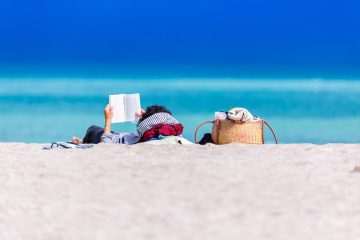 Convenient Services To Use On Your Next Vacation 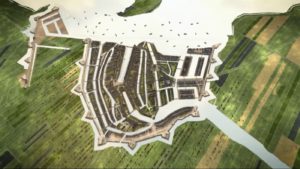 Amsterdam’s Game Of Thrones Is A Masterpiece
Historical videos inspired by “Game of Thrones,” photos of long-lost…
SHARE

Head To These Top 10 2017 Easter Getaway This Weekend