There’s a reason that green walls show up most often in high-end office buildings and trendy condo developments: Right now, they’re a luxury. As nice as they look, their main benefits — reducing a building’s need for heating and cooling, filtering the air, and providing a place for birds and insects to live — don’t save enough money to justify the cost of installing and maintaining them. Keeping a garden beautiful on the ground is hard enough; it’s that much more complicated — and expensive — to keep a vertical garden thriving.

But a team at Yale University’s School of Forestry and Environmental Studies is working to create technology that could help justify the cost of green walls. These walls would not just passively cool a building but would actively reject waste heat, serving the same function as bulky cooling towers do now.

Heat-rejecting walls would still require plenty of maintenance, but they’d serve a function that companies already pour money into.

“It’s not solving the problems of green walls systems,” says Alexander Felson, one of the project’s principal investigators, who directs Yale’s Urban Ecology and Design Lab. “But we are redefining their function.”

The idea for this project came from another one that Felson and his co-investigator, James Axley, were working on. Their task was to design a city in Saudi Arabia from scratch. Working through that project’s water budget, the engineering team had nothing left for landscaping: In the hot, dry country, almost half of the water was going to cooling towers, which seemed like a waste. This perfectly potable water had to be desalinated first, so it was energy-intensive too.

The researchers started thinking: How could this water be used more effectively? Even if it was needed for cooling, could it be used again, afterward?

Their first idea was to add a series of constructed wetlands that could perform the same heat-rejecting functions as cooling towers, using evaporation and convection to wick heat out into the atmosphere. Essentially, hotter water would enter into the wetland and, cooled by evaporation, chillier water would come out. This process isn’t so different from what happens in traditional cooling towers, and a portion of the water is still lost to the atmosphere. The real advantage of the wetlands is what happens with the leftover water: It’s used to sustain a new green space that might serve as a park or help manage stormwater. And, where a traditional system pumps out polluted water, used only for heat rejection, the wetland technology could help purify the water too. In greenhouse experiments, they were able to show the idea could provide substantial heat rejection, close to the amount predicted by their models.

But in an urban environment, space is at a premium. Designing a city from scratch, wetlands could work. But in existing cities, there’s unlikely to be room.

“When you’re talking about retrofitting an existing urban environment, that’s harder,” says Felson. They needed a way to take the same idea and make it work in a place they weren’t designing top-down. Green walls, already recognized as an option for retrofitting existing buildings, made sense.

In the newest iteration of their idea, they’re pairing the basic idea that they developed for wetlands with technology already developed for green walls — a more practical solution for cities. As in the wetlands, the idea is to re-use the water necessary for cooling to sustain life on the wall, as well.

This summer, the National Science Foundation awarded the team $299,960 from to expand on the work already done and create prototypes of these multi-functional green walls, first with a series of greenhouse experiments. They need, for instance, to calibrate the temperature of the water that runs through the green walls — it can’t be so hot that the plants die — and determine which plants will most easily thrive in this environment. Eventually, they’ll be field testing and are looking for a client who’s up for the experiment — and who, ideally, has enough existing cooling capacity that the heat-rejecting green walls will be redundant.

LEARN MORE  Architecture Gets All To Live At The Top

As with most green technology, one of the main challenges this idea faces is scaling it up to replace the current system. Starting with a project like a big-box store will likely be easiest; heavier industry will have to come later. Adding the regulations of an urban area creates another level of complication — and means it’s unlikely that the first demonstration will be in a city.

But, if the technology works, Felson says, it’s not a huge leap to imagine integrating it into a network of urban public spaces. There’d be a reason for a private owner to pay for the maintenance and upkeep; at the same time, it could cater to public use.

Think, he suggests, about Paley Park in New York City, a pocket park tucked into midtown, with a waterfall closing off the back of the small space. “That waterfall could be what we’re talking about here,” says Felson. “It could be rejecting heat and creating a microclimate for people. Think about different scales of that for the city and where it could fit.” Instead of functioning essentially as an amenity in luxury buildings, heat-rejecting green walls could just become part of the landscape.

This article originally appeared on Next City. 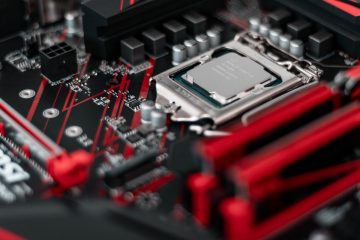 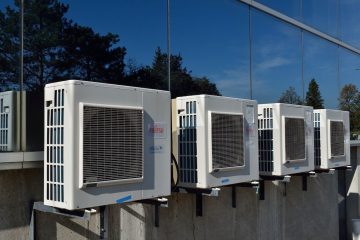 A Month After The Fire: Rebuilding The Notre-Dame Cathedral

Are You Willing To Trade Privacy For Efficiency?
Data science may be helping cities get 'smarter', but questions…
SHARE