Nearly 10,000 computers will be either refurbished for use in disadvantaged neighbourhoods or recycled as part of broader job training program.

The program starts with 10,000 old computers that the city had planned to ship north for recycling. The old computers are the product of Microsoft’s discontinuation of support for Windows XP and the city’s migration to a modern operating system. Rather than simply recycle its computers and move on, the city will instead attempt to use every part of the buffalo, as it were.

About 35 to 40 percent of the old computers will be refurbished and half of those will be given to low-income individuals and families. The other half will go to local nonprofits with public access centres that serve low-income areas. The program begins in the neighbourhoods of Baldwin Village, a neighbourhood of the Crenshaw district, home of Los Angeles’ largest black community, and Koreatown, the most densely populated and culturally diverse neighbourhood in Los Angeles.

To receive a refurbished computer, applicants must attend a two-and-a-half-hour financial and digital literacy course, and sign up for low-cost Internet service ($10 per month plus a $65 initial hardware fee). A $150,000 California Emerging Technology Fund (CETF) grant will pay for the city’s warehouse refurbishing costs, training and technical support.

“OurCycle LA meets our shared goal of building 21st-century skills and bridging the digital divide for disadvantaged youth, seniors and adults in the community,” Wesson said. “It’s a great privilege to be able to give refurbished city computers to families that have never had one, which will open doors for opportunities.”

The remaining 6,000 to 6,500 computers that did not reach the city’s performance standards will be recycled, but instead of shipping them to Northern California, the city will work with nonprofit LA Cleantech Incubator, Good Tech America, Human-I-T, Best Buy, and Isidore to de-manufacture the computers locally and train youth and adult volunteers to promote job growth. Starting with seven formerly incarcerated young adults, a total of 75 volunteers will eventually receive paid training while working at a e-waste processing plant. A $50,000 REDF grant and a $50,000 Citi grant will fund the job training segment of the program.

The city hopes that this program will extend beyond what has been planned so far and become part of normal operations, said Mark Wolf, executive officer of the city’s Information Technology Agency. The city will monitor the program’s efficacy through email correspondence with city partners and surveys. Some grant requirements ensure that the program reaches the right people. The CETF fund, for instance, requires that a minimum of 1,500 computers be placed with families or individuals who have never had a non-smartphone Internet connection in their home.

LEARN MORE  What Really Happens To All That Stuff You Recycle

Where the digital divide is concerned, Los Angeles is at a particular disadvantage, Wolf said. Just 53 percent of households making less than $20,000 per year in Los Angeles have broadband at home, according to a 2014 field poll by the California Technology Fund, compared to an 80 percent adoption rate at the $20,000 to $40,000 income bracket.

Los Angeles is also home to one of the largest populations of Latinos in the nation (4.9 million), and makes up 9 percent of all Latinos in the country. Latinos lag behind other cultural groups in broadband adoption at just 52 percent while blacks (71 percent), whites (81 percent) and Asians (75 percent) enjoy substantially higher adoption rates. Koreatown, one of the program’s targeted neighbourhoods, is about 54 percent Latino (and 32 percent Asian, 7 percent white), according to 2000 Census data.

“OurCycle LA is a great example of a successful public-private partnership collaboration that empowers the underserved and helps them prepare them for the future,” Chief Technology Officer Steve Reneker said. “I am excited to be part of such an innovative program.”

Bristol Is Open : The Smart City Of The Future

The History Behind The Iconic Recycling Symbol ♻ 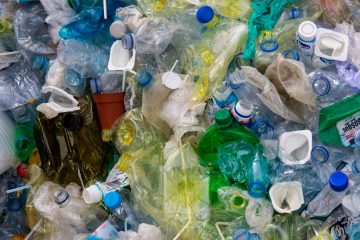 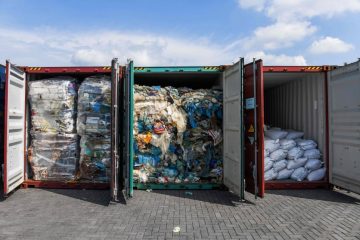 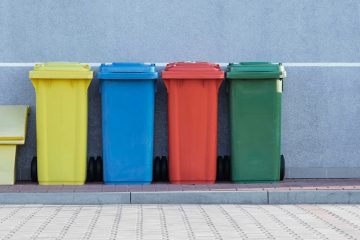 Why Modern Cities Are Going Green And Getting Rid Of Plastic 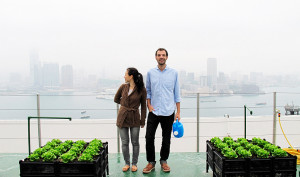 Urban Rooftop Farming Takes Root In Hong Kong
In a concrete jungle like Hong Kong, the thought of…
SHARE