Cool Teen Hobbies : Not Partying But Changing The World

Everyday we hear about new inventions and innovations, but we rarely hear about the people behind them. More and more, those inventors are young people just like you who are finding inspiration in the most unlikely places.

Check out our list of ten teens whose creations changed the world.

As the creator of a device that saves lives and got him a free ride to college, Paul Hyman has a lot to be happy about. After volunteering as a firefighter, he designed a new mask for firefighters that uses infrared cameras to help them see through the smoke. Thanks to this invention, Clarkson University offered him a full-ride scholarship to attend their school.

Proving that accidents can sometimes lead to big ideas, Frank Epperson is often credited with creating the popsicle at age 15 when he left a cup with soda powder, water, and a mixing stick out overnight, turning it into the frozen treat now eaten by people around the world.

At 12 years of age, Brooke Martin created the ICPooch, a way for pet owners to remotely give their pets treats and check in with them via video chat. The device was well received and at the age of 14, Brooke beat out thousands of other tech inventions to win GeekWire’s first-ever “Inventions We Love” challenge.

At only 16, Ann’s science fair project became the talk of the science community. Using the idea of thermoelectrics, Ann created a flashlight that is powered by holding it in your hand. For the 1 billion people in the world without access to steady electricity, light that you can power with your body is a life-changer. 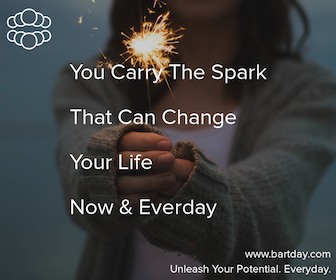 You might not want to quit those piano lessons just yet. While thinking of a way that people could detect undetonated land mines more easily, 17 year-old Marian realized that sound waves could be the answer. She was inspired after seeing how the strings of her banjo would vibrate whenever she played the piano, and her minesweeper has won several awards.

As the son of two doctors, 15 year-old Suman knew how important it is for some people to monitor their heart rate. So he used his summer vacation to research and create the Steth IO app and phone attachment, which not only monitors a patients heart rate, but also doubles as a stethoscope.

After realizing how many people in the Phillipines had trouble getting access to electricity, Angelo Casimiro had the idea of using people’s footsteps to power phone chargers. So he designed a special sneaker that charges your phone as you walk, reducing the need for electricity.

British students Ryan and Oliver have solved the problem of falling asleep with the TV on and missing a show you really wanted to watch. They created the Kipstr, a bracelet that starts recording a TV show once it senses that the wearer is asleep. They hope that it could also be used to turn other devices off, like lights and heating systems.

At the age of 13, Jack Andraka lost a close family friend to pancreatic cancer. So he began researching the disease, and eventually discovered that there may be a way for doctors to test people for the cancer before it becomes fatal. Since his discovery, now 18 year-old Jack has appeared on countless TV shows and gave his own TED talk.

LEARN MORE  When Tomorrow's Energy Is Both Clever And Striking Beautiful

Not many 19 year-olds can say the President has tested their invention. TJ Evarts, inventor of the Smart Wheel, has had his invention presented at CES 2015 and test-driven by President Obama. The Smart Wheel is a device that turns any wheel into a touchpad. It allows drivers to get directions, send texts, and change their music without ever taking their hands off the wheel.

This feature originally appeared in Channel One.

Why Affordable Housing Still Loses Vs High-Rise In Cost

This is the John Hancock Center, one of the iconic building in Chicago and one of the tallest…
bycurator
Read More

Why Diversity Is Vital For A Healthy Democracy

Democracy demands a robust contest of ideas to thrive, and diversity is the best way of protecting the…
bycurator
Read More

How Your Future Mass Transit Commute May Become More Personal

Why Is Bashar Al-Assad Still In Power?