A Most Haunting Sound Situation Between Canada & USA

The low rumbling that’s been reverberating in the Canadian city’s ears for six years is getting louder – and more debilitating. The source may be on an American industrial island but muffling the sound has not been an easy task.

It’s been compared to a subwoofer blasting Barry White’s greatest hits or an idling diesel truck.

Others say the low, rumbling noise that has stalked residents in the Canadian city of Windsor for years sounds like Star Trek’s Enterprise gearing up for warp speed.

“If you think of thunder, and you take that thunder and constantly repeat it for hours and days, weeks, that’s all it is.”

Residents on the west and south side of Windsor – a city of 210,000 people that sits just across the river from Detroit – began complaining of a mysterious noise some six years ago, blaming it for rattling windows and trembling wall hangings.

Part noise and part vibration, the hum varies in intensity and comes and goes at random intervals, sometimes lasting hours and other times droning on for days. Sometimes it quiets down. But in recent months, residents say the Windsor hum has intensified to unprecedented – and unbearable – levels.

“It’s past unbelievable,” says Provost. “Never have I ever heard it like this.”

As the sound revved up, it sparked a flurry of posts on a closed Facebook group – which counts more than 1,400 members – for those affected by the hum. “Everybody has their own story,” says Provost, who ascribes constant feelings of nausea to the hum.

In 2012, more than 22,000 people dialled in to a local teleconference about the hum, voicing concerns that ranged from the effect of the noise on pregnancy to the long-term impact it could have on a home’s foundation.

The hum’s persistent presence in the city has sparked creativity and inspired a slew of conspiracy theories; from a PhD thesis that seeks to incorporate the noise into song to theories that link the hum to UFOs or covert tunneling by the Canadian military. Studies commissioned of the 35Hz sound by the Canadian government suggest a more mundane source; pointing to Zug island, an American industrial area located a few miles down the river from the bridge that separates Windsor and Detroit.

It’s a link dogged by uncertainty, as Canadian scientists studying the noise weren’t able to access Zug island. Home to a US Steel plant and a coke battery owned by the local utility company, the manmade island is part of the tiny municipality of River Rouge and much of its 0.93 square miles is patrolled by security guards.

LEARN MORE  How A City In Chile Recovered From Devastation

Colin Novak of the University of Windsor, one of the lead researchers on a 2013 Canadian government study of the hum, once described the research “like chasing a ghost”.

Using a state of the art recording station, his team was able to confirm the existence of the noise and determine that it was likely coming from the blast furnace operations on Zug island. Belonging to US Steel, the machinery is visible from the Canadian city.

“We didn’t identify the smoking gun, but there’s enough evidence there to strongly suggest that that’s the likely source,” says Novak. It’s a source that might explain why the noise comes and goes, and why the sound has at times been heard as far as 7.5 miles from the island. “The fact that we are still hearing it at that far of a distance, suggests that this source is producing an enormous amount of energy.” The study’s conclusion came as sort of a mixed blessing to affected residents. While it suggests that the sound can be repaired or muffled, the international boundary that sits between the likely source of the sound and those most affected by it means the solution is now tangled up in a diplomatic dispute.

“This is the equivalent to pushing a snowball uphill,” said New Democrat politician Brian Masse, whose constituency is one of several affected by the hum. On a day when the hum is reverberating through the city, his office can receive anywhere from a dozen to 40 complaints.

Masse had repeatedly tried to address the hum with his American neighbours. In the absence of an international treaty on noise, the US municipality of River Rouge has little incentive to tackle a problem that seems to mostly affect Canadians, he said. “I’ve been over there and they feel the hum as well too. But there’s just very few of them because it’s a hard industrial area where it has been clearing out over the last decade.”

Officials in River Rouge did not reply to a request for comment. In a 2012 interview with the Windsor Star, the city’s attorney seemingly backed Masse’s assertion. “We are not going to pay for something that is for somebody else’s benefit because this is not a problem affecting us,” David Bower told the paper.

Masse believes River Rouge is loathe to make demands of US Steel, one of the most significant taxpayers in the municipality of around 8,000 people. US Steel has so far refused to publicly address the issue. When contacted, the company declined to comment.

LEARN MORE  25 Free Things To Do In Vancouver

The result, says Masse, is a stalemate that is taking a toll on the well-being of thousands of residents. The only way out, he says, is for higher-ups in Canada’s government to push the issue through diplomatic channels – a solution he’s been lobbying for since 2011.

His latest attempt was letter to Stéphane Dion, Canada’s foreign minister, in early January. In a response seen by the Guardian, Dion noted that he was “very sympathetic to the concerns”, but said further work must take place on the US side of the river to pinpoint the exact source of the hum. “Future progress is in part dependent on the cooperation of US interlocutors, and Canadian officials will continue to raise our concerns with them,” Dion said.

As the solution plods through diplomatic channels, residents affected by the Hum are resigning themselves to a long wait for some peace and quiet. “We’re trapped in the middle,” says Gary Grosse, a Windsor resident who estimates he has devoted thousands of hours to efforts aimed at silencing the hum.

The noise often ramps up at night, leaving residents bleary-eyed, exhausted and battling constant headaches. After two years of resorting to sleeping pills, Grosse weaned himself off. He now often finds himself awake late into the night, wondering about the noise. “The whole mystery behind the noise kind of captivates you. What’s this thing from? You start hearing it all the time, even when its at low volume, you actually start hearing it.”

Other residents have turned to medication to calm anxiety triggered by the hum. And not just humans, says Grosse. “Animals are being medicated for anxiety too. It sounds really freaky, but there are dogs crying all the time because animals are more susceptible. We even have some cats that won’t go outside.”

Grosse is now pushing the idea that US Steel be given some sort of immunity that would shield them from lawsuits and other potential fallout from the hum, in exchange for the company investigating the source of the noise and if it is linked to their machinery, taking steps to mitigate it.

After years of mobilising residents, lobbying politicians and raising awareness, this seems to be the only option left for weary residents. “There’s nothing more that Canadian citizens can do,” says Grosse. “It’s like being on a rope that is being pulled in multiple directions.”

Stop Detaching A City's Life & Fate With The Planet's 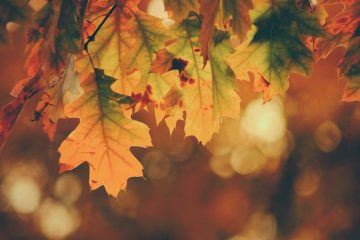 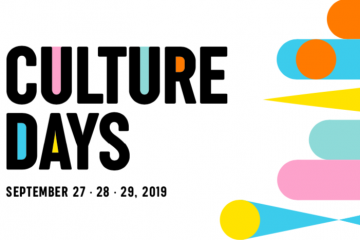 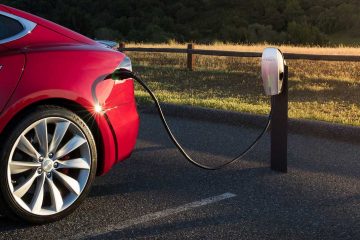 Tesla Is Donating Car Charging Stations All Over Canada 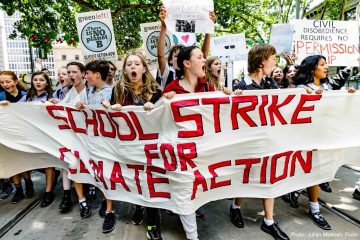 Why Desperation Could Be The Key To Tackling Climate Change

A Most Haunting Sound Situation Between Canada & USA