Amazon’s People Are In Danger, For Our Power Appetite

There are currently over 60 major hydroelectric dam projects in the Amazon. The third largest project is the Belo Monte on the Xingu River, Brazil, which has already displaced 20,000 indigenous and riverine people. Aaron Vincent Elkaim documents the story of the Munduruku tribe, who are fighting against the industrialisation of this region. A group of boys climb a tree on the Xingu River by the city of Altamira, Brazil. One third of the city will be permanently flooded by the nearby Belo Monte Dam displacing over 20,000 people. It will be the third largest dam in the world. A child from the Xikrin village of Pot cr jumps into the Rio Bacaja, its name meaning ‘the water that runs in river is the same as the blood that flows through our veins’. The Bacaja, a tributary of the Xingu River which the people depend upon for fish and transportation, will severely dry up after the dam is completed. The Xikrin community are a warrior tribe that have strongly resisted the dam, but many of the chiefs were paid off with boats, motors, and televisions, while others maintained resistance. Munduruku tribal member rests on a sandbar during a protest against plans to construct a series of hydroelectric dams on the Tapajos River in the Amazon rainforest in Para State, Brazil. The protesters used rocks to write ‘Tapajos Livre’ (Free Tapajos) in a large message in the sand. Munduruku women bathe and do laundry in a creek by the village of Sawre Muybu. The planned hydroelectric dams in the Amazon rainforest would flood much of their traditional lands in Para State. A girl stands in her flooded house in Invasao dos Padres, a neighbourhood in the city of Altamira that will be permanently flooded by the Belo Monte Dam. The newly operational Belo Monte Dam is seen on the Xingu River in March 2016. Two of the 18 turbines are currently operational, the dam is expected to be complete by 2019. Members of the Munduruku indigenous tribe embark down the Tapajos river on the day of a protest action in coordination with Greenpeace. The Munduruku tibe protest with a giant banner that reads: ‘Damn the Dam, Keep the Tapajos River Alive.’ The Munduruku are a tribe of 13,000 people who live traditionally along the river and depend on fishing and the river system for their livelihood. Munduruku indigenous girl with her pet monkey in the village of Sawre Muybu are seen in their traditional paint before a ceremony the day a protest with Greenpeace. Garimpero or artisinal gold and diamond miners work at mine called Chapeo du Sol on the Tapajos River in Para State, Brazil. Much of the energy from new hydroelectric projects is planned to power new large scale mining projects within the Amazon such as the proposed Belo Sun gold mine near Belo Monte. The construction site of the Belo Monte Dam lights up the sky over the Xingu River, seen from the nearby city of Altamira. Brazil is planning to build over 60 new Dams in the Amazon Rainforest. The dams are part of Brazil’s Growth Acceleration Programme, which also includes a rapid expansion of mining in the gold rich region.

LEARN MORE  Indulge With The World's Best Chefs In Singapore

The Smartest Schools In The World Are Also Beautifully Smart

The Madrid Climate Talks Failed Spectacularly. Here’s What Went Down 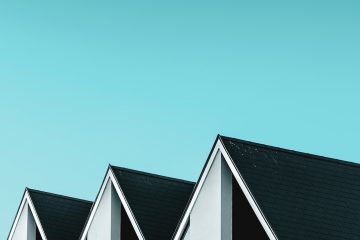 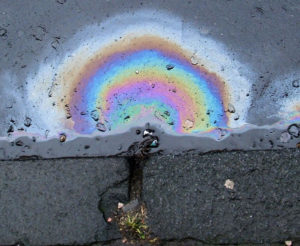 Amazon’s People Are In Danger, For Our Power Appetite