Technology Can & Should Be Designed For Emotional Wellness

In an interview at Singularity University’s Exponential Medicine in San Diego, Nichol Bradford, co-founder and executive director of Sofia University’s Transformative Technology Lab, explored how new technologies are being designed to enhance emotional wellness and awareness.

What exactly is transformative technology? The group defines the term as “science-based hardware and software that can produce reliable and positive changes in the human psychological experience.”

Bradford explains that within our psychological experience, or our wellness spectrum, there are a variety of technologies that can support specific conditions, such as anxiety, stress, and depression. One of Bradford’s favorite examples is an app called Ginger.io, which provides emotional support coaching and uses AI for pattern recognition in its users.

“With their permission the app performs a bit of phone monitoring and establishes a baseline for the user,” Bradford said.
“If someone who is depressed or has been depressed wants to avoid another episode, they can establish a baseline with the system. Then, if the person suddenly changes their behavior—if they’re slowly staying up really late or having a texting war—a coach from the system reaches out to them. This helps people get help in advance of an episode. That’s what a lot of this pattern recognition and live data tracking is allowing for.”

Bradford is most inspired by products like this, where user data is gathered then fed back to users in a way that helps them develop a higher level of self-awareness.

On the other end of the wellness spectrum is what Bradford refers to as exponential wellness. It focuses specifically on people who are using technology to push their psychological capabilities. Bradford said, “We have people in our community who are really pushing the mental and emotional capacity of human beings and pushing boundaries on what is possible for transformative leadership.”

Bradford is also interested in companies that are using neuro-stimulation and biofeedback. She gave the example of a new FDA-approved electro-stimulation device by a company called Fisher Wallace. The device straps to a user’s forehead and is proven to effectively reduce depression without using traditional drugs.
One of Bradford’s key messages is that humans take direction and coaching really well, and that we should optimize technology around this notion.
“Many people in the wellness space feel like technology is the problem. I think the problem is not that it’s bad, but that it’s not good enough. It doesn’t have a human-centered design and there aren’t enough people saying, ‘how can we use technology to create intimacy and connection?’”

This article originally appeared on Singularity Hub, a publication of Singularity University.

Rooftop Farming: Why Vertical Gardening Is Blooming In Kampala 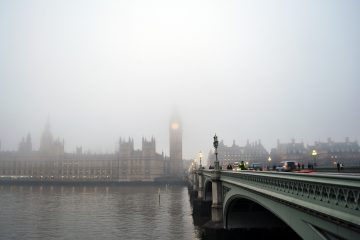 5 Tips For Surviving In An Increasingly Uncertain World 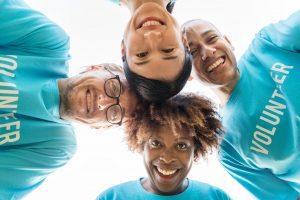 Philanthropy – A Powerful Tool For Urban Community Building
Big business has always seen the benefit in philanthropy. From…
SHARE

Technology Can & Should Be Designed For Emotional Wellness