If you drive 50 miles north of Atlanta, in the U.S. state of Georgia, along Interstate-75 and then turn right for U.S. Route 411 towards Chatsworth White, you will arrive at a patch of forest with acres upon acres of old rusting cars. A sign in the front reads “The world’s oldest junkyard jungle, here 80 years.”

Old Car City contains over 4,000 classic cars from the mid century — most of them from year 1972 or older — strewn over 34 acres of forested property. There are old Fords, big-finned Cadillacs and even the rare 1941 Mack milk truck. Visiting all of them will take you over six miles of walking. The roots of Old Car City goes back to 1931 when the Lewis family opened a general store in a small town called White, formed only a few years earlier. They sold various items ranging from clothing to car parts, tires, and gasoline. When the United States entered World War II, and resources such as steel and tires became scarce, the Lewis family smartly added a scrapyard business. They bought junk cars, scrapped them and sold the parts. By the late 1940s, the general store had turned into a full fledged auto salvage yard. It was in this environment that Dean Lewis, the current owner of Old Car City, was born.

Dean spent his entire childhood playing with the cars. One day he is on the racetrack, the next day he is a school bus driver. “I drove ’em a million miles. Never moved an inch!,” he told CBS News. Cars and trucks was all he knew. So when Dean finally acquired the business from his parents, in 1970, he had an entirely different plan. Dean decided that he would preserve the cars rather than scrap it. For the next several decades, Dean spent thousands of dollars acquiring various junked and wrecked vehicles from auctions, private parties and recycling yards. One of Lewis’ more popular vehicles is a 1946 Ford truck used in “Murder in Coweta County,” a 1983 film starring Johnny Cash and Andy Griffith.

In the following years, Old Car City grew so much that he had to buy more land to keep everything on. Initially, Dean sold some scraps, but it wasn’t the place where collectors could score a bargain. Every car had a nostalgic value and Dean refused to let go until he felt the money was worth it. Many visitors looking for parts left the place grumbling and dissatisfied. But if you asked him, he would say “Everything is for sale.”

Dean doesn’t say that any more. He realized that he could make more money charging visitors for admission and for taking photographs than selling off the displays.

Today Old Car City is visited by hundreds of visitors each year who pay $15 to stroll around, or $25 if they want to take photographs. Dean no longer sells parts. They are now part of this fantastic museum. The Most Congested Cities In Asia 2019 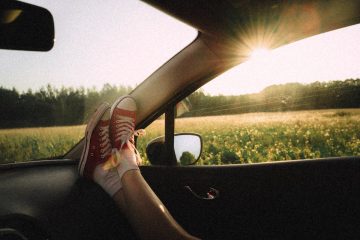 Top Things You Should Know About the Cars of the Future 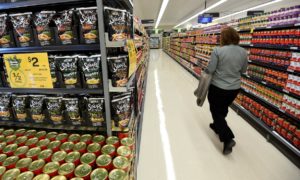 Why The Price Of Convenience & Technology Is Our Privacy
Futuristic supermarkets promise customers the truth about their shopping, says…
SHARE