Small states, dependent on maintaining high levels of trade with China to secure their prosperity, are loathe to criticise or take actions that Beijing could find objectionable. This is creating a dilemma over how small states can protect their national interests at a time when China’s growing influence threatens the status quo.

As China is extending its influence in the South Pacific, New Zealand has responded with increased aid for the region. from www.shutterstock.com, CC BY-SA

New Zealand illustrates this dynamic. It watches China extend its influence into the microstates of the South Pacific, a region where New Zealand (and its ally Australia) have long enjoyed a position of prominent influence.

The South Pacific is a geographic region encompassing 16 independent nations (and a number of associate nations and dependencies). The majority of these are microstates that face an array of economic, social and governance challenges and are vulnerable to natural disasters.

The two largest and most prosperous states by a fair margin are Australia and New Zealand. Historically, they have been the most dominant and influential players in the South Pacific.

Earlier this month, New Zealand’s minister of foreign affairs and trade, Winston Peters, announced his government would spend an additional NZ$714 million over four years on international aid, with the majority going to South Pacific nations. Peters explained that New Zealand’s interests in the region stem from its common Pacific identity, the desire to forge a path of shared prosperity and to uphold New Zealand’s national security that, he added, “is directly affected by the Pacific’s stability.”

Peter’s announcement of increased funding added substance to a speech he delivered to the Lowy Institute in Sydney in early March where he committed New Zealand to “shifting the dial” on its foreign policy approach towards the South Pacific. What went unstated – but was made unmistakably clear in Peter’s speech – was the increased role China is playing in the South Pacific and how this is “changing New Zealand’s relative influence”.

Long overdue, the New Zealand government’s renewed push is a soft-power response to a mounting dilemma that small states face in the Asia-Pacific region. In essence, as China’s power grows, it is leading Beijing to extend its influence into virtually every corner of the wider Asia-Pacific region. In the South Pacific, this influence is being secured through aid, loans (creating debt South Pacific states may be unable to pay off) and building projects.

LEARN MORE  Trade War: What Is It & How Are We Affected?

For a region comprised of fragile economies, China’s aid and loans can help bolster economic prospects. Yet, at the same time, China’s engagement is not selfless. A number of strategic interests drive it. As China builds out its blue-water naval capabilities, there are concerns that it may seek a military foothold in the region.

In March, reporting in Australia cited unnamed sources claiming that China was seeking an access agreement to dock its naval ships in Vanuatu in lieu of establishing a permanent military presence. Both China and Vanuatu denied this claim. True or not, reporting such as this taps into a heightened level of strategic anxiety New Zealand and Australian officials are experiencing.

Given China’s ongoing militarisation of the South China Sea and Beijing’s rejection of the Hague Arbitral Tribunal’s ruling in July 2016 against China’s expansive nine-dash-line territorial claims, New Zealand officials could be forgiven for raising questions over China’s long-term intentions in the South Pacific.

The New Zealand government does not seek to exclude China from the South Pacific. In fact, it has looked to collaborate with Beijing where it can. The Tripartite Cook Islands/China/New Zealand Water Project is an example of this, but the reset is clear evidence of Wellington’s desire to secure a role in the region as Beijing increases its influence. Yet, at this stage, New Zealand’s decision makers are acting as if there is very little they can do beyond responding with soft power in the form of increased aid and appeals to a common identity.

Ultimately, the constraints facing small states like New Zealand stem from their structural position relative to China, defined by an immense discrepancy in material resources. In short, China is an economic behemoth that, except for the United States, dwarfs every other country in the Asia-Pacific region.

LEARN MORE  Why Did Korea Split In Two?

While China is extremely important to the continued economic growth of small states in the Asia-Pacific, for Beijing these small states are relatively insignificant to its own economic fortunes. This gives China a potent lever to influence, compel and coerce states that draw its ire.

Larger economies such as the US and Japan have more room to manoeuvre vis-à-vis China’s increasing influence. Small states like New Zealand are walking a tight rope, lest they adopt positions Beijing finds regrettable and reduces or interferes with its trade.

For example, in 2010, Beijing froze political ties with Norway for awarding Chinese dissident Liu Xiaobo the Nobel Peace Prize. Negotiations over a free trade deal restarted only in 2016. South Korean companies were punished when their government agreed to purchase US missile defence systems.

What now for New Zealand?

Recognising New Zealand’s structural position is not to suggest it is powerless in the face of China’s expanding influence in the South Pacific. However, it is all but certain that China’s regional influence will continue to grow at the expense of the influence New Zealand and Australia hold. Decisions will need to be made as to how New Zealand calibrates its foreign policy with this in mind.

Ultimately, balancing China in the South Pacific will require greater coordination with Australia – still the Pacific’s largest donor – and reaching out to other states. Japan, South Korea and the US share concerns about China chipping away at their relative influence. However, Beijing could interpret increased collaboration with larger powers as a sign of regional containment of its growing influence. New Zealand could find itself punished in such a scenario, but running that risk may eventually become unavoidable.

This article is written by Reuben Steff & originally appeared in The Conversation.

Living In A Small Town Could Be The Key To Happiness 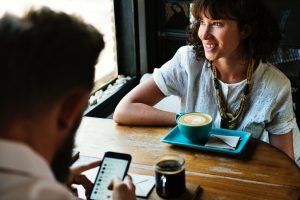 Why You Should Do A Background Check On Yourself Before An Interview
When looking for a job or changing careers, the last…
SHARE