Children and family have been central to the institution of the concentration camp from its beginnings 120 years ago. Wikipedia has now added the notorious American border detention centres to its list of concentration camps, and the #FamiliesBelongTogether Twitter hashtag has brought up frequent comparisons.

The merits of the comparison between detention centres and concentration camps have been debated elsewhere, but can we learn anything from this dreadful history of children behind barbed wire, even as the Trump administration finally moved to end the practice? 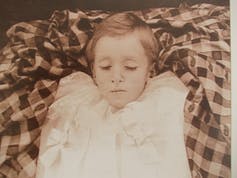 A deceased young girl is seen at a concentration camp where the British housed Boer women and children during the Second Anglo-Boer War of 1899-1902. (Creative Commons)

The British constructed camps during the 1899-1902 South African War in order to divide families. They hoped that Boer men who were fighting British forces would give up once they discovered that their wives and children were held in camps.

Similar to the Trump administration’s apparent hope that the breakup of families would deter unwanted migration, the British sought to deter Boer fighters. British parliamentarians critical of the policy labelled these “concentration camps,” alluding to the Spanish policy of the “reconcentration” of civilians during the Spanish-American War (1898).

Conditions in the British-run camps were horrific, particularly for children, with mortality rates upwards of 25 per cent. An epidemic of measles accounted for roughly 40 per cent of childhood deaths in these camps, and other diseases such as typhus and dysentery were also devastating.

The Soviet Union’s system of camps that reached their peak during Joseph Stalin’s rule from the 1930s to the 1950s also reveals the destruction of families. While mass arrests broke up the family, and children of “enemies of the people” were separated from their parents, there were also many children in the Gulag itself.

Prison camps developed an infrastructure that, on the surface, supported pregnancy and childbirth. There were maternity wards in some camp clinics, as well as nurseries, and pregnant women and nursing mothers officially received increased rations.

In practice, the system was regularly a nightmare. Children born in the camps were separated from their mothers, who only managed to see them at set times for nursing.

Hava Volovich, whose own daughter died in the camps, remembers that hundreds of camp children died each year, meaning that there were “plenty of empty beds in the infants’ shelter even though the birth rate in the camps was relatively high.”

At the age of two, many of the surviving children were sent either to orphanages or to relatives — a forced redistribution of children away from their parents, who, as Gulag prisoners, were at best stigmatized, and at worst seen as a major threat to Soviet society.

The Nazis removed citizenship from German Jews then, during the Second World War, sent most Jews, from Germany and elsewhere, to camps outside the borders of pre-war Germany. Yet, as the war progressed, Germany brought in huge numbers of forced labourers from all over Europe (U.S. Attorney General Jeff Sessions’ claim that German-run camps were designed to keep Jews in, rather than out, is unfounded).

Nazi family policy was a pivotal part of the concentration camp. Once the death camps were operational, the Nazis crushed the family unit among undesirable populations, focusing on Jews.

The selection process at Auschwitz could result in the temporary survival of one or both parents, if they were physically fit (or just lucky), but children were usually sent directly to their deaths. 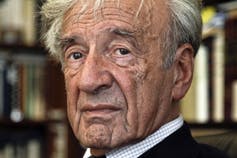 The late Elie Wiesel is seen in this 2012 photograph. (AP Photo/Bebeto Matthews)

Jewish writer Elie Wiesel lost his mother and sister right away, and only survived selection because he lied about his age, claiming he was 18 and not 15, his actual age.

The unimaginable cruelty of many practices —the smashing of babies’ heads against walls, the medical experimentation, particularly on twins —reveals an extreme dehumanization.

Even at the show camp of Terezin, which included a family camp, only 150 of the roughly 15,000 children sent there survived.

What do these historical cases have in common? All involved the separation, either immediate or eventual, of children from one or both parents, and all involved horrific conditions and extremely high mortality rates for the children.

In all cases, the dehumanization of the unwanted population was a key starting point. As historian Aidan Forth writes of the South African case, Gen. Herbert Kitchener referred to the Boers as “savages with only a thin white veneer,” and British officials often described the Afrikaners as “dirty, careless, [and lazy.]”

Former Gulag prisoners frequently reported that guards and officials referred to them as animals or as “scum.” As one former prisoner wrote, quoting a camp boss: “A person? … There aren’t any here! Here are enemies of the people, traitors of the motherland, bandits, crooks. The dregs of humanity, scum, riff raff, that’s who is here!”

The dehumanization of the Nazi camps is well known, as Nazi propaganda frequently likened the Jews to vermin or to an infectious disease, making Trump’s tweet about asylum seekers particularly chilling:

Democrats are the problem. They don’t care about crime and want illegal immigrants, no matter how bad they may be, to pour into and infest our Country, like MS-13. They can’t win on their terrible policies, so they view them as potential voters!

Another commonality can be found in the experiences of the victims.

In all cases, children separated from parents could not have known if they would ever see their parents again, or under what circumstances. The children of the camps had to rely, for the most part, on other children, for any support or security. Often, the separation was permanent.

These comparisons only take us so far, however. Some commentators have looked not at European powers, but to a long North American history — including slavery and residential schools — of separating non-white children from their parents. 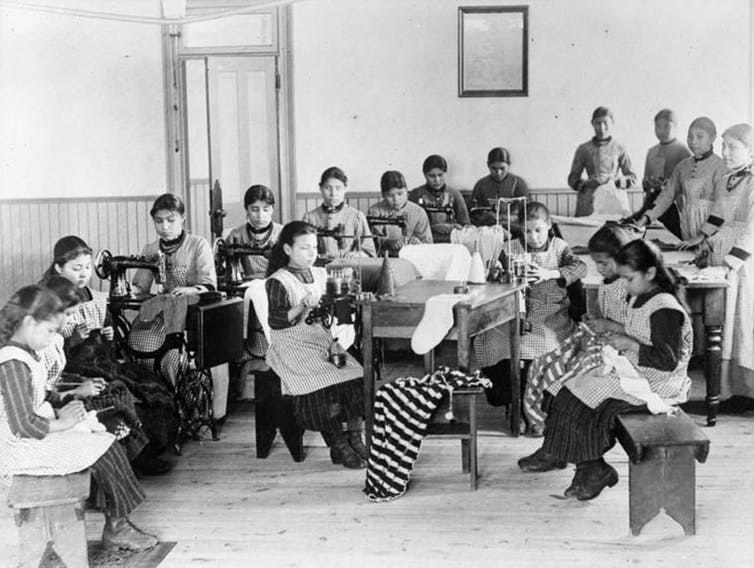 Children at a residential school in Fort Resolution, Northwest Territories, are seen in this undated photo. (National Archives of Canada)

If there is any optimism to be found in the historical examples of children in concentration camps, perhaps the history of public reactions can provide some hope.

In South Africa, reports by Emily Hobhouse and then the Fawcett Commission, particularly on starving children, galvanized public pressure to force the British government to improve conditions at the camps.

In contrast, in Nazi Germany and Stalinist Russia, there could be neither public nor parliamentary discussion of inhumane internment conditions.

Bu today, some U.S. reporters and lawmakers have visited the American detention centres, and non-governmental organizations such as Amnesty International and even the Methodist Church, as well as many elected officials, maligned the policy.

The public discussion, and the public outcry against the separation of children from their parents that eventually caused U.S. President Donald Trump to cave and end the policy, perhaps makes the American case more similar to that of South Africa than either the Nazi or Soviet camps.

This similarity, however, depends on the actions now of the Trump administration, which for several weeks before its reversal included denial, deflecting blame and even justification.

But with reports of children being torn away from their mothers’ arms while breastfeeding, the more notorious concentration camps of the 20th century must serve as a stark reminder that the act of dehumanization is a slippery slope towards violence and further atrocities.

This feature is written by Wilson T. Bell & originally appeared in The Conversation.

We Need A New International Order. Here’s Why 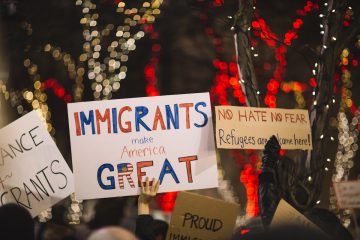 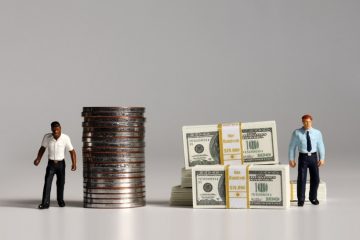 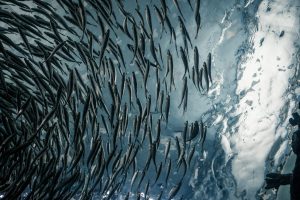