Welcome Spring With This Psychedelic Map Of The U.S. In Bloom

Maps from the U.S. Forest Service show signs of the season across America’sforests, fields, and urban areas. Here on the East Coast, it’s finally feeling like spring. And the good scientists at the U.S. Forest Service are offering proof of this miracle via the satellite-tracking tool ForWarn—mapping in glorious Technicolor the beginning of seasonal greening, or “greenup,” across America’s forests, fields, and urban areas.

It’s important to note that greenup doesn’t always mean “spring,” since some climates and plants don’t have the traditional four seasons. But greenup does indicate the transition of one season to another, between January and June. The map above shows the median greenup date from the last 14 years of millions of pinpointed locations nationwide, based on satellite imagery.

This is eye candy to most of us, but greenup information is helpful to land managers as they “anticipate and plan for the impacts of disturbances such as weather events and insect pests,” according to a press release.

“The start of the annual growing season is among the most important climate-sensitive measures that ForWarn can provide,” said Forest Service research ecologist Steve Norman. “Just as gardeners look to climate data to determine the typical last frost date, the typical greenup dates provides a baseline for land managers to establish expectations for seasonal duration and productivity.”

Forwarn and the Forest Service also mapped greenup dates across a handful of U.S. cities, where every block can be a complex intermingling of native and non-native plants. In many urban centers, spring springs at different times in different neighborhoods. “The phenological footprint of greater Chicago extends over several counties adjacent to Lake Michigan. While most of the residential area starts to green up in early April (dark green), the denser areas are delayed by a week or two.” (ForWarn) “The complex development of the greater New York City area contributes to the fragmented start of greenup seen here. The densest areas are neither particularly early or late.” (ForWarn) “The urban vegetation of Albuquerque differs from the area around it. In desert areas, greenup is not so dependent on warming temperatures as it is in the east and northern parts of the West, but on precipitation.” (ForWarn) “It is difficult to even detect where Baton Rouge is from this phenological map, as its vegetation blends in with its surroundings. These two southern cities green up early, with large portions of New Orleans greening up in late March (inside the loop of the Mississippi River).” (Forwarn)

LEARN MORE  What People Get Wrong About Climate Change

Smart Is As Smart Does. Stupid Just Does Nothing.

Where Is The World's Greenest City? 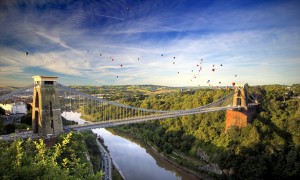 Where Is The World’s Greenest City?
Bristol is the ‘green capital’ of Europe, but its predecessor…
SHARE

Welcome Spring With This Psychedelic Map Of The U.S. In Bloom