Generally speaking, when humans go mucking about in nature, installing fences, signs, and observation towers to make trekking easier, it tends to ruin much of the wild wonder of the great outdoors. But there is something provocative about staircases that can actually enhance the beauty and mystery of a site. Maybe it’s because they are so often more roughly hewn from stone or wood, or maybe it’s the simple feeling of ascension—whatever the deal is, steps that have been installed out in nature (man-made or even naturally occurring) can create some damn stunning scenery. So step on up and check out some of the world’s most stunning staircases. At one time, this massive Columbian stone was seen as little more than a giant obstruction and natural nuisance, but it’s hard to understand that view now given how stunning the site seems. The tall, smooth stone was first ascended in 1954 when a group of friends climbed to the top over five days, using a system of slanted boards wedged into the single colossal crack in the rock. From that initial expedition, a permanent set of tightly zig-zagging stairs have been been built into the crevasse as interest in the beautiful views has grown over the years. In addition to the stairs, today there is an observation tower on the top as well, and the whole feature is run by private landowners who will let visitors climb to the top for a small fee. Oh, Hawaii. Your natural vistas just won’t quit, and neither will this long staircase leading apparently up into the sky. Fittingly nicknamed the “Stairway to Heaven,” the Ha’Iku Stairs began life as little more than a wooden ladder leading to a submarine transmission relay among the high cliffs. Eventually permanent steps and ramps were installed, but the path was officially closed to the public in 1987, although this did little to deter hikers from making the steep climb. The entrance to the stairs are now said to be guarded, and in February 2015 it was rumored that a storm damaged the staircase so severely that it is now unusable. LEARN MORE  How To Turn Bland Infra To Something Beautifully Good

3. CHILZINA AND THE FORTY STEPS OF KANDAHAR
Kandahar, Afghanistan Maybe the shortest staircase on this list, The Forty Steps of Kandahar are no less stunning for their small number. Carved into a mountainside around the 14th century, by Babur, the first emperor of the Mughal Empire, the stone stairs lead up to a cave mouth. Inside the cave, the Babur etched an account of his adventures and conquests. At the mouth of the cave, Babur had a pair of chained lions carved out of the mountain stone as well that could guard his tales. Today the stairs have eroded a great deal, and they look a bit treacherous, but they are almost the more beautiful for it. This M.C. Escher-like installation of winding stairs and twisted paths was carved out of the Chilean shoreline not for any practical purpose, but as a work of land art. Finished in 2006 by landscape architect Teresa Moller, the site incorporates the stairs and pathways right into the natural curves of the seaside rocks. They almost look naturally occurring were it not for the unnatural and somewhat surreal twists in the pathway. It took months for 40 stonecutters to shape the rocks to Moller’s designs. Now the 27-acre property is open to the public who can traverse the odd paths from the beach up to the top of the sea cliffs and vice-versa. This epic stair leads right into a natural formation known as the “Gateway to Heaven” and it looks the part. The stairs leading up to the gaping maw of the nearly 500-foot-tall stone arch number 999, and are located on a road that is said to have 99 bends. The dense fog that sometimes blankets the area only serves to heighten the near-rapturous quality of the rock feature, making the ascent to the Gateway really seem like one might imagine a hike to pearly gates looks like. Back on Earth, the site can unfortunately become quite crowded thanks to the site’s well-known beauty, but even covered in people, the 999 stairs look pretty miraculous. Australia’s Three Sisters mountains are one of the country’s most well-known formations, but they were not always that easy to ascend. Thankfully parks officials finally wised up to the demand at the site, and the Giant Stairway was created. The stair lives up to its name, being comprised of over 800 steps that rise over 1,000 feet to the top of the Sisters and one of the most amazing views in the country. The stairs themselves are good looking as well, alternating between more natural stone steps that track through wooded areas of the site, and more modern metal steps that cling to the side of the rock. Not all of the stairs in nature were built by humans. Sometimes the naturally occurring order of nature manages to spontaneously produce some easily ascended and visually stunning steps of their own. Such is the case with the Giant’s Causeway in Ireland. The sharp geometric pillars at the site were formed millions of years ago as lava cooled and cracked into irregular pillars that sunk and rose around each other, creating the piles of uneven, but uniquely angular stairs. The collection of basalt columns is a relatively rare occurrence, and the Giant’s Causeway may be the one instance where they actually look like a chaotic staircase. Another naturally occurring staircase, Turkey’s Scala Dei Turchi is a shelf of white chalk that has been worn down into easily scalable steps over the eons. Moorish pirates would often lead raids on the rounded cliffs, and were said to often slip and fall on the steps, making their conquests of the area more difficult instead of making it easier to scale the cliffs. Today the stratified formations still draw a number of tourists each year who come to take a hike up nature’s very own hiking steps. How Philly 311 Platform Comes With An Innovative Twist 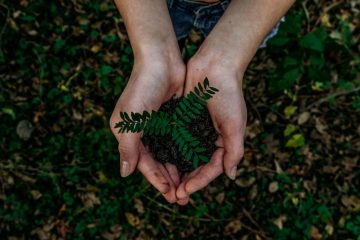 Earth Day 50: An Earth Day Unlike Any Other 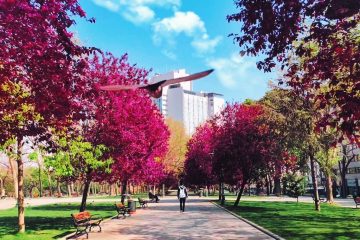 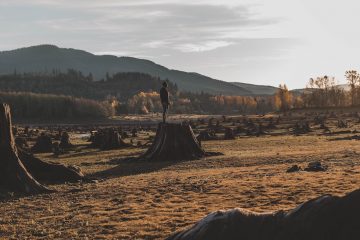 The Hidden Risks Of Nature Emergency For Businesses 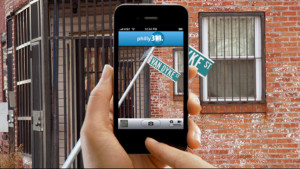 How Philly 311 Platform Comes With An Innovative Twist
When all is said and done, what citizens want most…
SHARE