What if concrete could heal itself from the inside out? 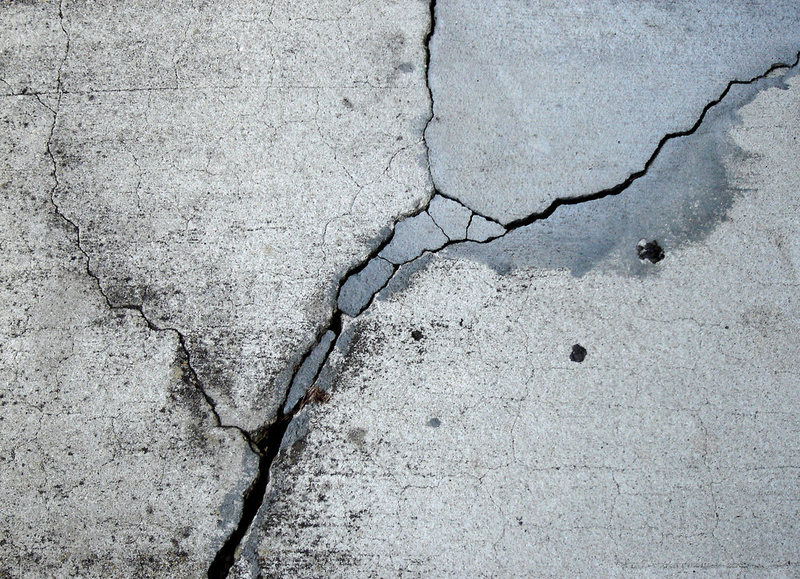 AS CONCRETE BUILDINGS AGE, THEY tend to sprout cracks. These fine lines etch their way up and down walls or floors, and the crevices get bigger over time. If these rifts reach a building’s structural supports, they can imperil the integrity of the whole thing.

Researchers from Binghamton University and Rutgers University wondered whether the fissures could heal themselves from the inside out. They found an unlikely potential ally: fungus.

The idea is that spores of Trichoderma reesei—and the nutrients they need to thrive—could be packed into the concrete during the mixing process. When the concrete is set, they’ll stay relatively dormant. The spores would germinate as the gap yawns wider and makes way for oxygen and trickles of water. Once exposed, the spores would precipitate calcium carbonate, which would patch up the groove from the inside out.

“This idea was originally inspired by the miraculous ability of the human body to heal itself of cuts, bruises, and broken bones,” said Congrui Grace Jin, an assistant professor of mechanical engineering at Binghamton University, and a study coauthor, in a statement. As Atlas Obscura previously reported, other researchers looking to engineer fracture-resistant concrete are also looking to the natural world, drawing inspiration from the sturdy structure of sea urchin spines. 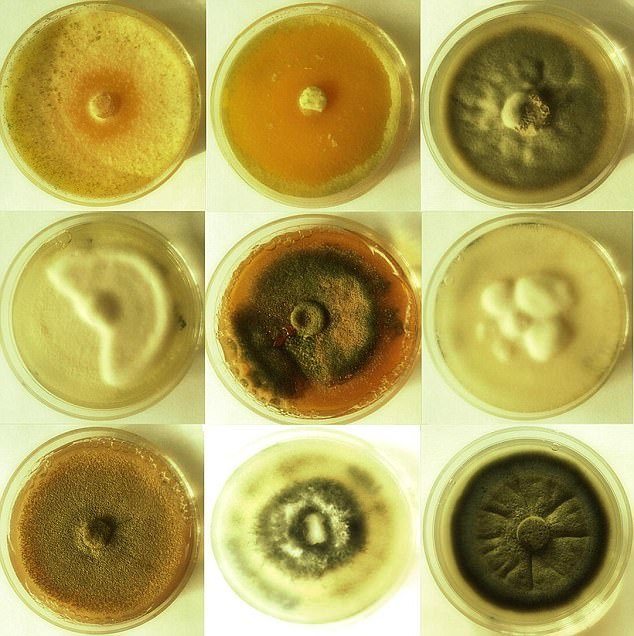 The researchers tested around 20 species of fungi before declaring T. reesei the most promising. LUO ET. AL, CONSTRUCTION AND BUILDING MATERIALS

For their study, published in the journal Construction and Building Materials, Jin and her collaborators screened about 20 species of fungi and found T. reesei especially promising. But there’s unlikely to be fungus in your concrete in the near future. Researchers have more work to do to see how best to keep fungi alive in this unwelcoming home, where they must weather limited nutrients, varied temperatures, and parched conditions. More studies are also needed to learn how the fungus contends with some of the substances sometimes swirled into concrete mixtures, such as additives that stem corrosion or water damage, or reduce shrinking, Jin explains. Plus, the solution has to be cost-effective, and possible to pull off without compromising any of concrete’s useful properties.

But there are good reasons to look for creative solutions to infrastructure woes. In their 2017 report card, the American Society of Civil Engineers (ASCE) issued the country’s public works a dismal D-plus. The ASCE cited leaky water systems, dangerous roads, and subpar bridges, airports, dams, and ports. Meanwhile, local officials surveyed by the National League of Cities in 2017 identified infrastructure needs as the single most pressing stress on their municipal budgets. During his presidential campaign, Trump pledged to earmark $1 trillion for upgrades, and a bipartisan Congressional coalition has started chewing on potential legislation.

Of course, fungus isn’t going to fix all that. But, to hear Jin’s team tell it, small repairs can’t hurt.

This feature is written by Jessica Leigh Hester & originally appeared in Atlas Obscura. 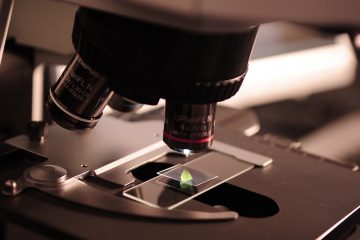 Open Science, Leave No One Behind: World Science Day For Peace And Development 2019