THE ARCHITECTURE OF BIOFILMS

While just over half of humans live in urban areas, 99.9 percent of bacteria opt for urban dwelling in the form of biofilms. Biofilms are clusters of billions of bacteria — often joined by protozoa, algae, fungi, products of corrosion, and debris — existing within an extracellular matrix made of protein and sugar. They can cling to almost any surface, from the inside of a catheter to the surface of our teeth.

Biofilms are advantageous to bacteria, who adapt based on where in the biofilm “city” they’re located. Both the physical shape of the biofilm and the matrix structure itself protect the bacteria living toward the center from attack by antibiotics and predators, while those dwelling in the outer neighborhoods are more vulnerable. Those safer central cells might serve as genetic reservoirs or amass food reserves, while the outer dwellers might beat back attacks. And while to some extent the inhabitants are still competitive against each other, there is also cooperative living within the biofilm.

Scientists are now working to decode the rules that govern the ways biofilms form and evolve. The idea is that just as an urban planner can use their understanding of regulations and principles of engineering to make a city more or less inhabitable, a bioengineer or microbiologist can use the rules that govern biofilms to render any given location more or less hospitable for colonies of bacteria. This is a new way of considering bacteria because bacteria growing in a culture in a lab act very differently than the complex urban center presented by the biofilm.

Microbiologist Katharine Coyte’s recent work with microfluidic chips explores how the number of bacteria and the flow of water can shape and limit the growth of biofilms. This work joins a growing body of literature that demonstrates the way physical rather than chemical forces — the stickiness of the extracellular matrix and hydrodynamic shear, for example — push the microbes to form complex collectives. This is a departure from the work of earlier biofilm researchers, who were much more focused on the chemical environments of the colonies.

Coyte and her team observed that prosperity of different strains of bacteria varied as water flow conditions changed, but that in general no one strain ever gained a permanent advantage. There was a back-and-forth stabilization between strains of bacteria occupying the biofilms under observation; both strains and the biofilm itself were adapting to survive.

According to biophysicist Knut Drescher of the Max Planck Institute for Terrestrial Microbiology, in the past decade, advances in high-resolution microscopy and microscale engineering have enabled researchers to observe and measure the ways physical forces affect individual cells. This has in turn allowed scientists to track the way that biofilms form in realistic replications of a variety of environmental conditions.

This change in focus has been fruitful, revealing phenomena previously dismissed as improbable. For example, researchers had assumed that biofilms could not form where water was too fast-flowing. However, University of Washington researchers discovered that some strains of E. coli actually adhere better in conditions with high levels of hydrodynamic shear, where fast-flowing water begins to have a cutting effect on other surfaces.

Understanding the complex possibilities of biofilms and their inhabitants is critical for real-world applications. Very recent work on the bacterium Pseudomonas aeruginosa, which often settles inside catheters and ventilators, causing deadly infections in immunocompromised people, shows that the bacteria can make different kinds of matrix molecule to form their resilient biofilms. When the researchers changed the environment’s structure by adding obstacles, different strains dominated the biofilms that formed. Obviously, if this technique could be mastered, the insides of medical equipment could be bioengineered to be physically hostile to this bacteria’s biofilm requirements.

Antibiotics are excellent as far as they go, but biofilms are far less vulnerable to them, and exclusive focus on more and better antibiotics has merely produced stronger bacteria. Focusing instead on the biophysical rules controlling these bacterial urban centers and thus forcing bacteria to die or move according to their own rules could give scientists a better tool for fighting bacterial “urban sprawl,” and patients a better shot at keeping the neighborhood to themselves.

This feature is written by Karla Lant  & originally appeared in Futurism.

Torpedoing Africa, And Then Complaining About 'Migration' 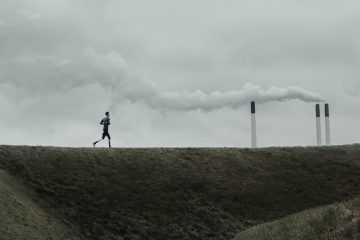 Do Human Bodies Carry More Toxins Now Than 50 Years Ago? 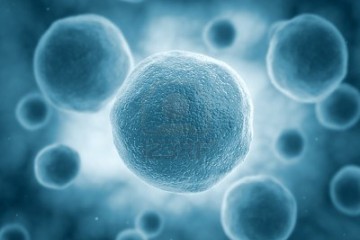 What Bacteria Can Do For Your City 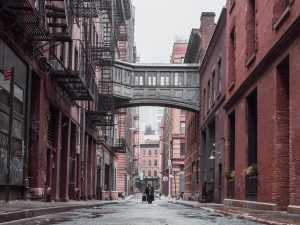 Why The “Wrong Side Of The Tracks” Is Usually The East Side Of Cities
What do communities on the social, economic and environmental margins…
SHARE