Britain’s planning departments have lost nearly half of their budgets over the past four years, and more spending cuts are expected. Ahead of a report on Monday calling for more power to be devolved to cities, the Royal Town Planning Institute’s Richard Blyth picks examples – from Gateshead to the Olympic Park – where good planning made the difference. Do you agree? The Royal Town Planning Institute, which represents 23,000 planners in the public, private, charitable and education sectors, is 100 years old this year. On Monday we launch a major new report, celebrating planning innovation, calling for more powers to be devolved to cities, and warning that further cuts could jeopardise growth. The report, Success and Innovation in Planning, backs the government coalition’s localism agenda but says it’s being held back by a lack of resources, and that local authorities need more power if they are to help regenerate Britain’s towns and cities.

Britain still has one of the most centralised planning systems in the world, and strategic planning capacity is increasingly being removed from regional control. Yet an overwhelming majority of people (79%) want a bigger say over the development of their communities, and the benefits of successful localism would be huge: the planning process could be used to tackle wider societal challenges such as ageing, economic growth and environmental degradation, as well as engage communities about the issues that really matter to them. However, planning departments have lost 46% percent of their budget over the last four years. With more spending reductions due, we fear it could make Britain’s housing crisis worse and limit innovative thinking.

Here are five developments where we think good urban planning made the difference. A view of the London Olympic Park in February 2012. Photograph: David Goddard/Getty Images.

The redevelopment of Lea Valley for the London Olympic and Paralympic Games put equal focus on its long-term legacy and on the Games themselves. The Olympic Park itself was assembled using a range of planning tools: primarily the use of compulsory purchase orders to assemble a single large tract of land. While nothing new, this is increasingly rare in UK planning. The design of the Park is also noteworthy. Many buildings were built to only be temporary or have aspects that could later be changed; the athletes’ village was designed to be easily converted into homes.

LEARN MORE  How To Build In Neighbourhoods With Lean Methodology

The plan was a model of coordination, with the report singling out the Olympic Delivery Authority and London Legacy Development Corporation for their efforts. This kind of multi-agency approach is now the model for other regeneration projects, such as Old Oak Common/Park Royal in London. The focus on legacy was able to draw on two decades of planning work in the Lea Valley and the wider Thames Gateway to develop a long-term vision for a new city district. In doing so, the statutory planning system was used, rather than bypassed (as had been the case in other similar projects). Lea Valley shows what can be done with the system, given the political will.

Bristol city council’s localism agenda delivered a radical approach, allowing planning to be influenced from the bottom up via its Neighbourhood Planning Network (NPN), thus drawing on the city’s distinctive and vibrant civic culture.

The council has a long history of engaging with communities on how to make better places, most of which pre-dates the current government’s own localism agenda. The best example of Bristol’s localism policy is the NPN, which is a network of around 45 neighbourhood groups. It was set up in 2006 and acts as a coordinating body for community involvement in planning issues.

In Salford Quays, new homes for the Lowry collection and the Imperial War Museum North served as “cultural anchors” for the area’s turnaround, while a new lifting footbridge improved connectivity. The relocation of parts of the BBC to the new Media City Salford development cemented the Quay’s new position as a cultural hub. The planning built on the strengths of the area, including the presence of a waterfront, a tram and existing media industries, and benefited from public investment in cultural assets. One element that perhaps distinguishes the Salford Quays from other waterfront regeneration projects was the ownership of the land. Once the docks closed in 1982, Salford council purchased the whole site from the Manchester Ship Canal Company. This gave the council more control over the master-planning of the area.

In Manchester city centre, meanwhile, the cultural regeneration focused on popular music attracting students and purpose-built accommodation, together with the remodeling of the Corn Exchange. The success stemmed from the planning and design. Architecturally, the plans replaced the 1960s Arndale Centre with buildings of better quality, more natural light and greater attention to external spaces. Part of this process created buildings and spaces for civic use, for example Piccadilly Gardens and the newly remodelled Corn Exchange, which was reimagined as an upmarket destination. The Grainger Town Partnership regenerated Newcastle city centre, by conserving local architecture in a way that could drive the local economy. A special collaboration (it was a company limited by guarantee, with a partnership board of 20 members including representatives from the council, key public agencies, the private sector and residents), the Partnership turned around a declining part of Newcastle, using – as in the Manchester case – the beauty inherent in the architecture for economic gain as well as conservation. Local engagement was critical. Engaging a wide range of stakeholders to develop informal plans for the area helped inspire confidence across the community, as did the use of high-quality design to drive up standards for private investment.

The regeneration of Gateshead Quays highlights the importance of a long-term, flexible yet inspiring vision. The Quays have a history of investment in arts and culture, and there was a high degree of flexibility throughout. Indeed, the council was rather reserved early on about the potential scale of its ambitions, hoping to keep land values low. One early change in the plan was to separate the two anchor attractions, the Baltic and Sage Gateshead, creating a space between the two buildings for events and other development projects. A new garden city development on the edge of Harlow, Newhall offers useful lessons in planning to ensure diverse and liveable spaces. The first is having a strong, coherent design ethos – this was embodied in the “Book of Newhall”, which acted as a design guide and manifesto, setting the tone for the development and requiring developers to move beyond their standard house-types. Second is the use of different developers and architects, with the development divided into plots and put out to tender. This is an approach that has been used to great effect in many northern European countries, which often encourage individual differentiation in design. The result was a series of strong, distinctive architectural types.

Third was the creation of a mix of live/work units and commercial spaces on the ground floor of residential buildings along the main road. Lastly, the development benefited from landowners who took an active interest in planning and development: the Moen family, who owned the site, took the long-term view and sought to increase the site’s overall value.

This article originally appeared in The Guardian. 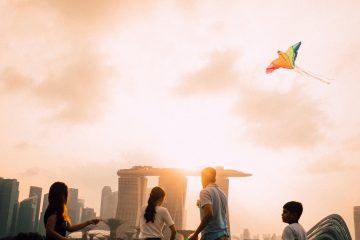 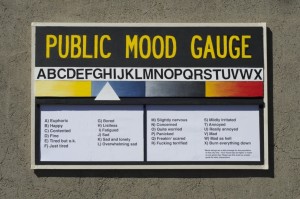