5 Things To Know About Doing Business In Shenzhen

China is not the centre of the tech world, but with a manufacturing and consumer electronics powerhouse like Shenzhen, it may as well be.

Thirty-five years ago, Shenzhen, China, was just a fishing village outside of Hong Kong. In 1979, China’s Communist Party leader Deng Xiaoping designated the city the country’s first Special Economic Zone, opening the region up to capitalism and foreign investment to fuel its development.

The magical transformation of the city from a fishing hub to a electronics manufacturing kingdom isn’t lost on the country’s inhabitants. In 2010, the 30th anniversary of the sweeping economic reforms, then Chinese president Hu Jintao called the city a “miracle.”

Today, the boomtown is one of the fastest-growing cities in the world, with about 12 million residents. In 1979, just 30,000 people called Shenzhen home. The former angler’s paradise along the Pearl River Delta is also considered southern China’s financial capital, as it is home to the Shenzhen Stock Exchange, massive tech firms, startups, and accelerators alike. And with its prowess as a global manufacturing hub, Shenzhen landed squarely atop Inc.’s list of top “Global Cities of the Future.”

While there are some significant downsides to doing business in China, if you’re a startup making a product, you’ll likely have trouble finding another city that can manufacture your goods more cheaply and efficiently. Similarly, if you’re interested in establishing a footprint in the world’s most populace country, Shenzhen may well be your next home.

Either way, here are five things to know about doing business in the growing metropolis.

When it comes to finding a supplier of parts or a manufacturer, Shenzhen may be ideal. The city hosts a variety of malls, like the Seg market in the Futian district, that have just about anything you need–be it circuit boards, LED lights, or drones. Don’t miss the Huaqiangbei Commercial Street electronics market, the largest of its kind in the country, with 20 different shopping malls that cover 70 million square feet. If you need a hardware manufacturer or injection-molding master, there are factories that can make your product in a few days. And since the city makes 90 percent of the world’s electronics, expert packagers and shippers aren’t far away.

One major downside to doing business in China is censorship. The Communist Party of China controls Web content, blocks access to certain sites and services, and monitors individual access. There are nine state-licensed Internet Access Providers that censor certain URLs and keywords at the router level and there are about 12 government agencies that have authority over the internet.

What ever you do, don’t get caught criticising the government, as doing so is punishable by jail time. People use virtual private networks and proxy servers to get around what is referred to as the “Great Firewall of China,” but the government recently implemented a VPN blocker. Even worse, a newly proposed law would require tech companies based in the country to give the government access to all communications, encrypted and unprotected alike.

For companies in Shenzhen and other cities in China, intellectual property infringement and counterfeiting is a big business. We’re not talking about a small ring of crooks. IP theft, economic espionage, and counterfeiting are perpetrated by the state, large companies, and manufacturers. According to the National Crime Prevention Council, 8 percent of China’s gross domestic product comes from the counterfeiting of software, consumer goods, and industrial products. The impact on American companies is vast–IP theft accounts for $320 billion in annual losses to the U.S. economy, according to the National Security Agency.

To help alleviate the IP-theft epidemic, the U.S. government has created the Office of the Intellectual Property Enforcement Coordinator and the Interagency Trade Enforcement Center. And while these groups are well intentioned, the problem is so widespread that preventative measures aren’t all that useful. In the end, many companies find that their best defense is to treat factory works well, pay them fairly, and hope they won’t rip them off or sell their IP to other companies.

LEARN MORE  Diversity: The Same Old Faces Are Deciding The World’s Future And It Affects Us All

The good news is that China is pretty business friendly when it comes to taxes. Compared with the high-end corporate tax rate of 39 percent in the U.S., China offers a relatively low corporate tax rate of 25 percent. What’s more, according to a report from the Organization for Economic Cooperation and Development, in China there is no tax on interest earned in bank accounts, the country’s dividend tax rate is between 5 and 10 percent, and there’s no capital gains tax.

Thanks to the proximity of cheap parts, cheap manufacturers, cheap shipping, cheap labor, and crowdsourcing, this city may well be a founder’s dreamworld. You can build a prototype and craft a Kickstarter campaign, and, if it’s a success, you’re off to the races. Silicon Valley tech accelerators have started to make the move. HAXLR8R (pronounced hack-cellerator), a hardware startup accelerator that focuses on robotics, wearables, and Internet of Things companies, has a 111-day program in Shenzhen and demo day in San Francisco. HAXLR8R general partner Benjamin Joffe says the company went to Shenzhen for one reason: “It’s the Silicon Valley of hardware,” he notes in a video on its website.

Shortly after getting into HAX’s program, Voltera, a company formerly based in San Francisco that makes circuit-board 3-D printers, moved to Shenzhen to take control of its supply chain and manufacturing processes. Alroy Almeida, co-founder Voltera, gave the same one reason for Voltera’s move: “There is no better place to be than the electronics capital of the world.”

This article is written by Will Yakowicz of Inc.

From Brutalism To Borgen To Blogging: How The Language Of Cities Has Changed

And The Lights Go Out : Formula One's Romance With Cities (Part 2) 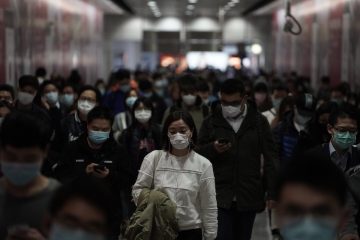 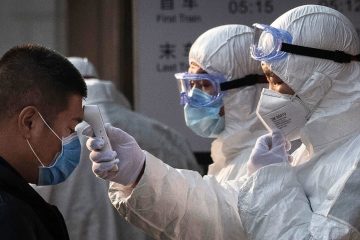 As China Suffers From Coronavirus, Some Wonder: Is It Really That Serious? 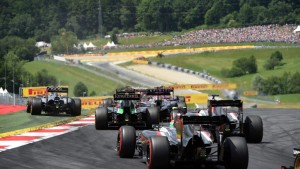 And The Lights Go Out : Formula One’s Romance With Cities (Part 2)
Racing off from part one of our Formula One cities series, here…
SHARE

5 Things To Know About Doing Business In Shenzhen