This year marks the 50th anniversary of Changeover day: when Australia swapped from pounds to the new decimal currency. But the “C” in Changeover day might equally stand for Copyright day, for it marks the first Aboriginal copyright dispute. In February 1966, Adelaide’s Advertiser newspaper revealed that the Reserve Bank had not sought permission from the celebrated Arnhem Land artist David Malangi when it reproduced his work on the new A$1 note.

Alongside the figures and kangaroos inspired by rock-paintings, the entire left-hand side of the note was copied from Malangi’s bark painting, Mortuary feast of Gurrmirringu.

While the media had a field day, the bureaucrats quietly tried to smooth things out. Malangi was found, then disappeared again. Finally, in a short ceremony in 1967, Malangi met “Nugget” Coombs, the then Reserve Bank Governor, who presented him with A$1,000, a medallion and a fishing kit.

Everybody seemed happy – and history records that Malangi henceforth proudly went by the name “Dollar Dave”.

But were Malangi’s cultural rights respected, and even more importantly, his human rights?

Did Malangi even own copyright over his own painting? Recently uncovered archival evidence raises troubling questions about the real nature of the settlement Malangi reached with the Reserve Bank.

While passing through Sydney, Kupka passed on a photograph of the painting to the Reserve Bank’s Secretary, AC McPherson, who gave it to the bank’s designer, Gordon Andrews.

Andrews reproduced much of the detail of the photographed painting for the new dollar design, which was not acknowledged. Between April 1963 and February 1966, the Reserve Bank somehow forgot Malangi’s identity – seemingly a straightforward breach of his copyright.

However, things were not straightforward. In 1963, like most of the Northern Territory’s Aboriginal population, David Malangi was a ward.

The Commonwealth’s Director of Welfare, Harry Giese, was the guardian of his estate, and the trustee of his property. Malangi couldn’t buy or sell goods worth more than ten pounds without the Director or a welfare officer’s consent.

No person could purchase a painting or drawing from a ward except through an “approved institution”, or with the Director’s consent.

LEARN MORE  Halls Of Power : The Laying Of The White House Cornerstone

And under section 25 Welfare Ordinance, copyright in Malangi’s work was owned by the Director as trustee for the ward.

In order to buy Malangi’s painting, Kupka needed the “understanding co-operation” of the Welfare Branch, as well as the Methodist Mission at Milingimbi. When Kupka returned to Darwin with his “first great collection from Arnhem Land” in 1963, he brought his pieces to the Methodist Overseas Mission storeroom in Darwin’s Knuckey Street. He then displayed them to the representatives of the Welfare Branch, to show them what he was taking away.

Why this bureaucracy? The official answer was that it was designed to combat rip-offs of Aboriginal art. Through the 1950s and 1960s there was a lively black market trade in Aboriginal objects or “relics”, bark paintings, “churinga” of stone and wood, and even human skulls.

Missions ran a lucrative trade in Aboriginal art, with most artists receiving a tiny portion of the profits. In 1965, a Legislative Councillor alleged that the trade in “native artefacts” was the “most lucrative business in the Northern Territory”, being one that was not affected by drought.

Independent Aboriginal artists like Yirawala had to smuggle their own paintings from their home mission to independent galleries.

According to Sandra Holmes, who ran such a gallery in Darwin, the authorities at Croker Island sold Yirawala’s paintings to interstate and international dealers, against the artist’s express wishes, and to his great distress.

When it became aware of the story about Malangi, the Department of Territories in Canberra wrote – not to Malangi himself, but to the Northern Territory Administrator. It stated its willingness to,

“pay the ruling price for Malangi’s work plus a fee to establish the right to reproduce them in any form in which we desire.”

The Reverend Marcel Spengler, the Superintendent at Milingimbi, politely asserted Malangi’s rights. In a letter in March 1966, he asked for a royalty, adding that:

“we have not been able to house Malangi and his family in a substantial cottage, and it might be a very good idea for an aboriginal from this area to be independent in the matter of housing.”

With extreme caution, the Reserve Bank wrote that it would “acknowledge” Malangi’s contribution, adding that “Malangi’s role is not comparable with that of any other artist concerned in the design of the new notes but this would not preclude us from making an appropriate payment to him”.

LEARN MORE  The Military Power, Economics And Strategy That Led To D-Day By the time the Bank sent a cheque for A$1,000, the Welfare Ordinance had been repealed.

This didn’t prevent the money from going to the Northern Territory Administrator, who paid it into a trust account “pending a suitable occasion on which the artist could be presented with a ‘personal token’”.

The government could no longer legally hold Malangi’s money in a trust account, or dictate to him how he should spend it. The legal controls that had existed over his work were undoubtedly well-intentioned. However, their effect was to facilitate official rip-offs and prevent artists doing anything about them.

There was a post-script. In the Dry Season of 1968, almost a year after Dr Coombs’ presentation, Malangi indicated his intention to come to Darwin to make a reciprocal presentation of his own.

Such a presentation would be consistent with Aboriginal law, with the idea that each party gives the other something to right a wrong.

For example, in 2003 a group of Yolngu men from north-east Arnhem Land travelled to Darwin to conduct a “wukidi” ceremony at the Northern Territory Supreme Court.

This was a reconciliation for the famous Tuckiar case, in which a white police officer, Albert McColl, was speared at Caledon Bay in 1933. The McColl family travelled to Darwin and met Tuckiar’s descendants – an example of things being settled the proper way.

Malangi went to Darwin, and stayed at Bagot Aboriginal Community, under its superintendent’s benevolent gaze. A meeting was arranged with Dr Coombs for Tuesday 4 June.

There was a reception afterwards. In a note, Giese mentioned that he had arranged for Malangi to be “available, suitably dressed and on time with barks to meet Dr Coombs.”

A note on 6 June observed that, “Malangi met Dr Coombs, had barks and was not to his knowledge invited to reception.”

A later unsigned, handwritten note on an official document said: “Thanks for fixing this […] I did not see Malangi at the reception.”

It’s difficult to know exactly what Malangi was trying to do. If it was to reciprocate, according to Aboriginal law, then it would seem his gesture was not properly accepted.

Perhaps, even in 1968, the Aboriginal man did not have suitable clothes.

Seattle's Ironic Solution To Save Farmland With Taller Condos 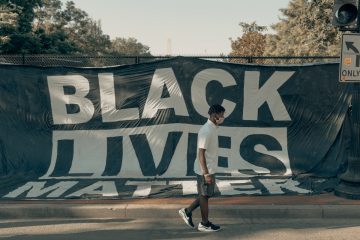 How Did ‘White’ Become A Metaphor For All Things Good? 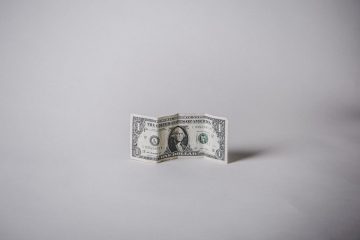 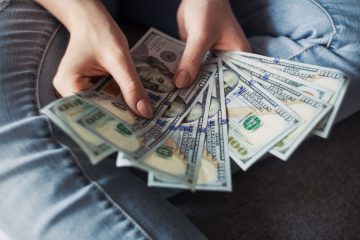 6 Reasons Why Our Society Needs Money To Function 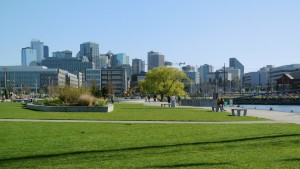