On December 22, 2017, President Donald Trump signed the “Tax Cuts and Jobs Act,” which lowers tax rates on investments, wages and business income and at the same time eliminates personal exemptions and doubles the standard deduction. Though the act clearly aims to provide tax relief to Americans, it may also have negative effects on people and different sectors of the economy.

The new tax cut reform law is not perfect but it has lots of positive effects on the country’s economy. In fact, it can help the U.S. tax code become more competitive by reforming our taxes. This act can result in an increase in wages and a higher level of GDP (Gross Domestic Product).

Essentially, taxes and economic growth go hand-in-hand as taxes affect a country’s economy. Corporate income taxes, in particular, can have a great impact on businesses’ capital stock. The lower the corporate income tax is, the higher the capital that can be employed, increasing the capital stock. This will incentivize new investments that can be useful for businesses and workers.

Moreover, the new tax plan doubles the child tax credit to $2,000 which can be a big help for millions of families in the United States. It also increased the exemption amounts for death tax and alternative minimum tax, adding to the overall tax relief that a lot of Americans can benefit from especially in their most vulnerable moments.

While the new tax cut reform has positive effects on the growth of the US economy, it can also have a negative impact on some individuals. A lot of politicians show their disagreement to the act as they foresee how it can affect certain individuals in a negative way. Some of them claim that the bill only favors rich people and large corporations and it is “a betrayal of the middle class.”

For wealthy banks and large corporations, this bill can be really helpful to them. The significant and permanent tax cuts to investment income, corporate profits, estate tax, and other corporate taxes can make their effective tax rate to drop below 20%.

The Tax Cuts and Job Act can also affect various states as the federal tax cuts may reduce or affect federal funding for major priorities such as health care, education, and basic infrastructure. The implication of the new tax cut reform has already affected many states today as they suffered from revenue shortfalls where they had to underfund their services, rainy day funds and even pension funds. While some states may gain uncertain revenue from the promulgation of the tax, some of its provisions may undermine the revenue of other states.

Ways to Prepare for the New Tax Plan

Another great way to prepare for the new tax plan is to study the alternative minimum tax (ATM) and how it can affect your taxes. If you are subject to ATM, you are not likely to benefit from property tax deductions as well as your local and state income. If you love donating and organizing charity events, you may want to use a donor-advised fund for a charitable contribution and get an immediate tax benefit from it.

Sectors that Can Be Affected by the New Tax Cut Reform

Apart from the country’s overall economy, there are many different sectors and industries that may be affected by the new law on tax reform.

Apparently, many businesses will be hit by the new tax plan. While most large corporations and big business will benefit from it, the new tax plan can have different effects on small businesses. For instance, if your business is designed as a C-Corporation, your taxes are likely to go down as you will be taxed at a flat rate of 20%. Sadly, if you are a solopreneur like dentists, artists and lawyers, you won’t benefit from a tax deduction unless your income is between $315,000 and $415,000.

Even the education sector will be affected by the new tax plan. A lot of leaders in various educational institutions have criticized the bill as it will make education less affordable. It can also undermine the financial stability of schools and universities due to immense tax increases on the students’ tuition. Even college endowments could be taxed under the new tax plan which will hinder the ability of educational institutions to provide students with financial aid. 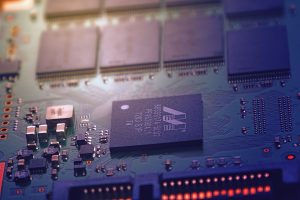