Three Enlightenment About Earth From Astronauts

“My first view of Earth happened a few seconds after launch,” says scientist Helen Sharman, the first British astronaut. “As soon as the fairing is blown away, light streamed through the window and I had a view of the Pacific Ocean – absolutely gorgeous, gorgeous.”

Sharman was 27 when she blasted into space to spend eight days on the Russian (then Soviet) Mir space station in 1991. During the mission, she spent as much time as she could peering out through the station portholes at the Earth below. On her final night in orbit, she kept the window blind open to watch the sunrise every 90 minutes as the space station whipped around the planet.

I interviewed Sharman for a series of new 360 films for the BBC, featuring astronauts describing their impressions of looking down on the Earth from space. As viewers float (virtually) above the Earth, Sharman, US astronaut Ron Garan and Italian Luca Parmitano describe what it’s like to be in space and the lessons we can take away from their experiences.

The videos have been produced to mark the public release of the BBC’s critically-acclaimed virtual reality (VR) spacewalk. This interactive VR experience, for the HTC Vive and Oculus Rift, is available to download for free (via the Steam Store and Oculus Store).

“Luca Parmitano: Our planet is breathtaking”

European Space Agency astronaut Luca Parmitano first stepped outside the International Space Station (ISS) at 8.02am on Tuesday 9 July 2013. The spacewalk – or EVA (Extra Vehicular Activity) – involved clamping his feet to one of the station’s robotic arms to be carried to his work area. “I had a privilege and luxury very few astronauts are given,” he says. “I had a payload in my hands, so I couldn’t take any pictures and couldn’t go anywhere – for six minutes I had absolutely nothing to do except look.”

LEARN MORE  How Earth Will Evolve 10,000 Years From Now

The spacewalk was timed for sunrise and, as the ISS crossed the Atlantic, the Sun came up. “The light just explodes,” Parmitano says. “I was flying over western Africa and in this explosion of light, all at once, there was the yellow, the pink, the red of the sunrise.

“In the foreground there was the deep, deep blue of the ocean below me… white where the ocean waves crash into the sand… then the colours of the desert – ochre and terracotta. All of this all at once, it’s not a slow discovery, it explodes and just takes your breath away.”

Former Nasa astronaut Ron Garan has spent 178 days in space, including more than 27 hours outside the Space Shuttle and ISS during four spacewalks. The experiences have transformed his life and he’s devoted much of his career since to conveying what he calls the “orbital perspective” through books, painting and film. He also recently presented the BBC World Service programme on the Voyager missions, Space 1977.

“Being physically detached from the only world I had ever known made me feel deeply interconnected with everyone on it,” he says. “The ISS is, arguably, the most complex structure ever built and what hit me was the realisation that if we were able to take this level of collaboration and bring it down to the Earth’s surface… how much further would we progress as a species in solving our most pressing challenges?”

“I’d like to tell people how unimportant material stuff is to us,” Sharman says when we talk in her office at Imperial College London for the BBC 360 films.

“I’m not saying it’s wrong to have a wonderful red, shiny sports car or the latest in whatever it is people are really after – each to their own, that’s fine – but really that’s not what life’s actually about,” Sharman says. “What looking back on Earth made me realise was the importance of those human relationships in life.

“As long as you’ve got your very basics for survival, the next most important things are those individual relationships we have,” she adds. “It’s our family and friends that in the end are more important than anything else in the world.”

This feature originally appeared in BBC.

The Benefits And Risk Of Artificial Intelligence 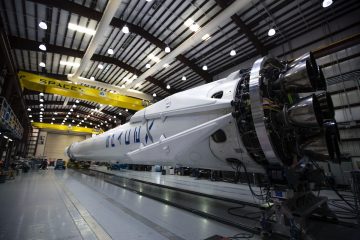 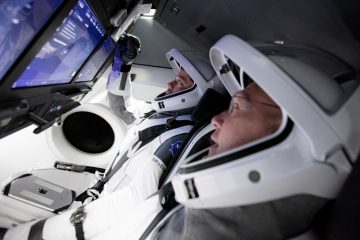 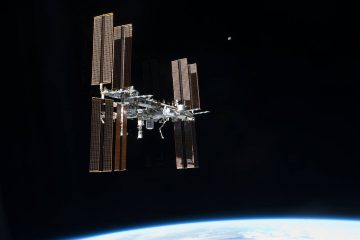 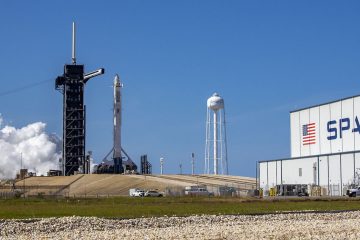 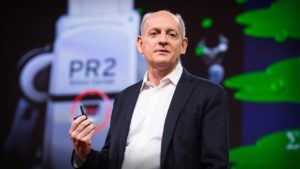 Three Enlightenment About Earth From Astronauts