The Street and Building Names Board was only established in 2003. In the past, street-naming fell to the Municipal Council which was later renamed the Singapore City Council. The Street and Building Names Board was only established in 2003. In the past, street-naming fell to the Municipal Council which was later renamed the Singapore City Council.

Street names are important identifiers – some of them convey a sense of location, while others have historical significance.

But how do our roads get their names? That job falls to the Street and Building Names Board.

The Board was only established in 2003. In the past, street-naming fell to the Municipal Council which was later renamed the Singapore City Council.

“In the colonial times, roads were named by the Municipal Commissioners and the Rural Board. There was no committee, and they named it mostly after colonial persons. So you find a lot of colonial names on our roads.”

Things changed after Singapore’s independence. The Street and Building Names Advisory Committee was formed in 1967 and they were tasked to choose names which were more local. But a decision was made to retain street names with colonial origins.

Mr Menon said: “Changing a road name is not an easy thing. People living around it, along the road, will have to change their addresses, change their identity cards, even the lot numbers and so on. It caused a lot of inconvenience. That was one of the main reasons. And the other thing is, why deny history?”

So who goes about submitting street name applications for approval? The main players are often the Housing and Development Board, JTC Corporation and Land Transport Authority.

“Usually for public streets that are in, say, public housing estates, or in industrial estates, these names are usually proposed and submitted to us by the agency that is in charge of the overall planning of the area. And then we will consider the name, taking into account various guidelines and principles, and policies that we have set up or establish over the years and this could evolve.”

These guidelines are often aligned with bigger national objectives of economic success. When Jurong was earmarked for industrial development in the 1960s, chosen names for new roads in the area reflected industry and progress. And they also took on a multi-racial flavour.

Dr Khor said: There were names to reflect the four official languages, so if you look at the area you have, names like Enterprise Road, that’s English. Then you have names like Soon Lee Road – and actually Soon Lee is ‘soon, soon, lee, lee’ – meaning ‘smooth sailing’ in Chinese. And I think they have names like Jalan Tukang, which in Malay is skilled craftsmen. And they have another road, Neythal Road I think. Actually in Tamil, it means ‘to weave’ and is to reflect the textile factories that were located along the road and all part of the industrial estate.”

As Singapore went high-tech, naming considerations changed as well. And that’s reflected in the street names at technology cluster, one-north. Roads in housing estates also changed with the times. Older ones like in Ang Mo Kio used numbers, while newer housing estates in Punggol adopted a thematic system to reinforce the area’s local identity. Edgefield Plains, for example, are a reference to the vast tracts of farmland that were once Punggol.

LEARN MORE  Playing The Odds: The Evolution Of The World's Oldest Game

So, what’s in a name? More than just giving directional cues, street names are a reflection of Singapore’s past, its multi-racial heritage and nation-building aspirations.

This feature originally appeared in CNA.

The Future Of Urban Farms In Shipping Containers

A Complete View Of A City’s Carbon Footprint 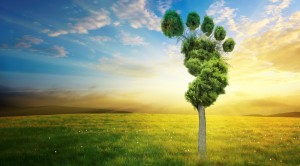 A Complete View Of A City’s Carbon Footprint
By focusing on emissions from goods consumed in a city,…
SHARE